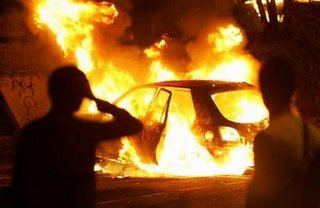 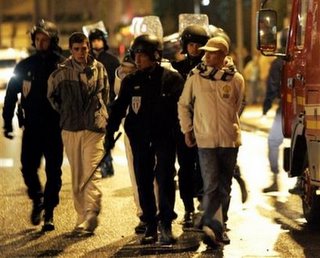 
*[/sarcasm]
Seriously, what is going on in France is quite shocking and frightening. Check out the devastation documented in the photos at the link. This rioting has been going on for seven days now, presumably because Muslims there are unhappy about their economic situation.

This does not bode well for France (10% Muslim population; and which already provides cradle to grave benefits to everyone) or most of the rest of Europe, which has a significant population of Muslim immigrants.

Is it going to be Civilization versus Islam, after all?
Posted by Dr. Sanity at 8:55 AM