Iraq Has Amusement Parks? How Would We Know?

Particularly since the media has seen fit not to inform us about anything positive from that country.

From the doomsday messages repeated daily about conditions in Iraq in the MSM; to the caterwauling of Democrats who opportunistically voted for the war but now regret for the same opportunistic reasons--the American public never gets to see pictures like this from Iraq the Model. [Check out his site for more celebratory pictures of Eid in Baghdad.]

It's amazing! People laughing, familes having a good time at an amusement park with rides and entertainment--in the middle of Baghdad!

When coalition forces raid a house used by terrorists it becomes the big news of the day and is consistently used to show Iraq as a hole of hell but when coalition forces help Iraqis build an amusement park that serves a city with population of over 500,000 so that families can spend a good time, no one talks about it... 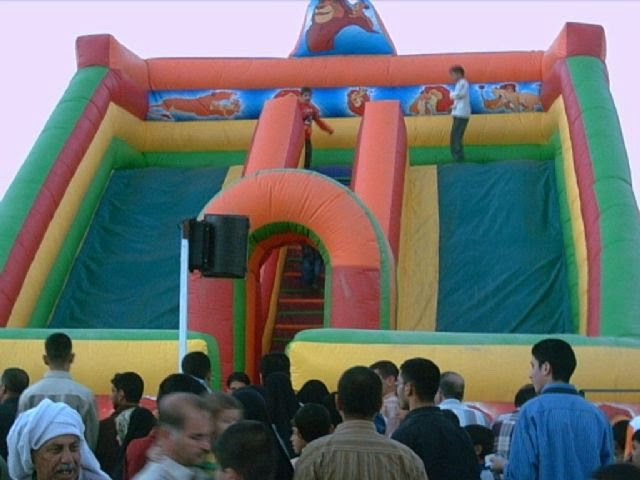 Thanks, Omar, for sharing this.

[NOTE: This particular picture is from Samawa City in Iraq, but Omar has others celebrating in Baghdad)]
Posted by Dr. Sanity at 10:39 AM