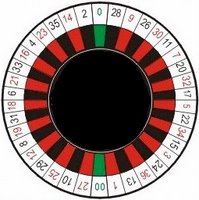 Having just posted a review of Psychological Defense Mechanisms, I came across this wonderful post by John Hawkins at RightWingNews, listing the top 10 quotes from the Democratic Underground. After reading them, I thought it would be fun to play a game of "NAME THAT DEFENSE!"

RULES: There can be more than one defense at work for each quote (that is the beauty of defenses--they are so multipurpose and handy!); If you need to review which defense is which, go to this post. Here we go! (Correct Answers will be posted tomorrow)

1. Republicans are) Pure Concentrated Evil. false christians filled with hate and fear who desire to put the world in bondage and extract all the value and profit they can from their spoils of their pillage. May they all suffer unfortunate doom.

2. The Conspiracy Is Real And It Must Be Stopped. Now tell me again why "conspiracy theories" are out of bounds? If conspiracies don't exist, why are there federal laws against them, and laws against them in every state?

There most definitlely is a conspiracy in place, ongoing, that is transforming our country into a fascist oligarchy. The evidence is undeniable. And the Bush family is at the epicenter of it.

Bush's grandfather was a buddy of Hitler. Bush's daddy murdered JFK. That's the answer to the great mystery. No mystery at all. Why the f*ck was George H.W. Bush in Dallas that day. Hmm? Why can't he recall where he was? Bullsh*t.

Why are the Bush's best buddies the bloodthirsty oil-barons of Saudi Arabia -- Bandar Bush and all? Why were they buddies with Saddam Hussein. With the Iranian clerics? Even with Osama Bin Laden?

a. DELUSIONAL PROJECTION (Paranoia)
b. DISTORTION
c. HUMOR
d. INTELLECTUALIZATION
e. What? You mean what he says isn't true?

3. "Would the Republicans have Dean "rubbed out" if they perceive him as a real threat - by bringing the Democratic Party back to being in real competition to them? I'm convinced that is what happened to JFK - he was "terminated" so there would not be a Kennedy dynasty. In my opinion, the big-wigs in the Republican party are really, seriously dangerous. I worry about our guy."

4. "Will Karl Rove have to be suicided?

Once the election fraud comes out and it's clear Roves fingerprints are all over it, and that it leads all the way to Bush's desk, Bush's best defense will be a Rove "suicide" - remember the old maxim in politics - dead men tell no tales.
to tell."
If left alive, Rove would have too many tales to tell."

5. "no pride-- we should be ashamed of what they've (the troops in Iraq have) done...in our names, not proud of them. They've served as thugs and enforcers for a corrupt foreign policy. They've helped shatter a country already brought to it's knees by ten years of draconian sanctions and an invasion premised upon bald-faced lies. The've participated in a war of aggression that mocks international law. They've murdered untold numbers of innocent civilians. Their occupation has created an insurgency that threatens to consume Iraq in civil war, and causes the deaths of additional innocents. They have destroyed homes and lives for no good purpose whatsoever.

I am deeply ashamed of them. There is nothing noble about what they've done in Iraq. They have not served or defended us-- they served fascism.

a. DENIAL
b. REPRESSION
c. HYPOCHONDRIASIS
d. PROJECTION
e. He's a helpless victim of the Bush Administration! I would be ashamed, too!

6. "I was at the boiling point a long time ago. Back in January I prepared a safe room to hide GLBT people and Muslims and anybody else that needed to flee the fascism. I asked my relatives to seriously consider sending those not able to fight out of the country, elderly and young mothers. I was preparing. Then Schiavo hit and W**’s tumble began. I feel much better now but suspect that this bunch will not go peacefully and legally when their time comes.

I continue to employ passive resistance against them. I sense that civil unrest could develop around the 06 elections. This country is a tinder box of discontent and angst and the Repukes may want to incite violence so that they can declare martial law. I am watching for an “in your face move” such as a pardon or something more abhorrent. I stand with you, you do not stand alone. I have many relatives buried in Arlington. This is my country. I will defend the Constitution with my life if I must."

7. (William Rehnquist)is going to be buried in Arlington Cemetery. I know where his grave is. I was visiting Arlington a couple years ago on a biz trip there. While walking among the headstones, I came across Rhenquist's, as his wife died in the 90's and was already buried there.


8. "i refuse kentuck i just refuse. why do you think the (American) people are so dumb because they have been being dumb down consistantly alst decade especially during bush time. i refuse and tell my children i refuse to allow them to be dumb down. they had better use their brain to follow me. i have high expectation,. i will not feed into the dumbing down of america. i tell my friends, exactly i expect more out of them, i especially tell my older nieces and nephews and their friends, i will not play their dumb down game

a. PASSIVE AGGRESSION
b. DENIAL
c. PROJECTION
d. DUMBNESS
e. ALL OF THE ABOVE

9. "you see the dots, you're just not connecting them. If Zarqawi's actions benefits Bush, who do you think is directing him? if there even is a Zarqawi"

10. On a helicopter with 9 American Blackwater employees in it being shot down in Iraq: Good. F*ck em. Live by the sword, go down in a Russian helo by the missile. Perhaps the rest of Blackwater will get slaughtered too, good riddance to bad sh*t.

a. PROJECTION
b. ACTING OUT
c. DISPLACEMENT
d. A, B, & C
e. Actually, this speaker is just a complete prick.

Correct Answers will be posted tomorrow!

1. a- This is a perfect example of PROJECTION.
2. a- This is even more out of touch with reality and is DELUSIONAL PROJECTION (paranoia)
3. Either a or e could be correct.
4. Most likely b - FANTASY (they would love for this to happen)
5. While there is considerable PROJECTION (d) in this tale of woe, I also lean towards HYPOCHONDRIASIS (c) because of the whining aspect and identification with victimhood.
6. This speaker reeks of PASSIVE AGGRESSION (a) and/or REACTION FORMATION (c) - particularly the line, "I will defend the constitution with my life if I must" seems rather suspect in light of the earlier paragraph.
7. This could be either (a) ACTING OUT or (c) FANTASY
8. e - ALL OF THE ABOVE
9. This is an interesting combination of (b) INTELLECTUALIZATION and (c) DELUSIONAL PROJECTION
10. For this speaker, I'm inclined to say e - HE'S JUST A PRICK is probably the best answer (although, (d ) is also likely to be present).
Posted by Dr. Sanity at 5:58 PM