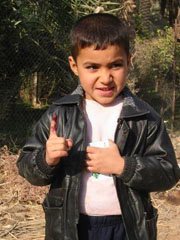 Raise a purple finger for Freedom!


UPDATE: The Officer's Club takes a look at the trivialization of the Iraqi elections. Betsy notices an interesting omission; And Scrappleface headline: Iraqis Vote in Droves, Bush Awaits Concession Call!

And finally, John Kerry, who continues to find novel and ingenious ways to express his malignant narcissism (and thoroughly disgust me in the process) is currently pacifying his loser leftist friends (and probably his wife) with talk of impeachment. That this appalling excuse for a human being (and I don't say that lightly) has any credibility after his treasonous behavior in two separate wars, is a testament to the lunacy of American politics. No matter how many times he is appropriately squashed, the man springs back like a the political cockroach he is.

UPDATE: Some Democrat-type sites deplore the lack of a sense of humor of some bloggers who actually took Kerry seriously--he was joking! It is a legitimate point, but then I'd like to ask them where all the signs saying "Impeach Bush" on people's lawns in Ann Arbor suddenly sprang from? There is a joke in here somewhere, I'm sure. We just probably don't agree on what--or who--it is.
Posted by Dr. Sanity at 1:14 PM