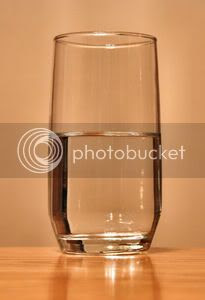 There is likely a strong biological component to both optimism and pessimism. There are pros and cons to both styles. Optimism taken to expremes can represent a denial of reality and unacceptable pain. Pessimism taken to extremes leads to depression and self-fulfilling prophecy because it focuses only on the negative and sees catastrophes everywhere. Further, pessimism and its partner hopelessness, can sap the will and prevent the individual from taking those steps necessary to achieve success, and thus facilitates failure.

The current situation--particularly with the sectarian violence and the unbridled hatred that has long simmered between Sunni and Shia--is indeed a serious setback for anyone who genuinely wants the Iraqi people to have a chance to live in a democratic and free nation. But true optimists recognize that setbacks and failures are part of life and a successful strategy must accommodate the imperfect.

But the pessimists here in our own country would have us pack up and go home without completing the job; abandoning the Iraqis and the future that they are now able to see clearly. The pessimists are perfectly willing to embrace failure in Iraq as a long-term strategy and have effectively managed to somehow convince many that our strategic purpose there is hopeless. As is usual with pessimists, they don't offer much in the way of alternative ideas, preferring to wallow in negativity.

And, I don't deny that the last few months since the death of Zarqawi have been rather negative and bloody.

And yet, the optimist will persevere, acknowledging reality and adapting as necessary, keeping eyes on the prize (an Iraqi Democracy in the Middle East).

Failure to achieve our strategic goals there may, in fact. result even with the best efforts, but it is most certainly not a given. And there is ample evidence after two major democratic votes in the face of threatened terrorism, that the Iraqi people are predominantly optimistic about their chances. This optimism is also present in the military personnel who work every day with the Iraqi people. They can see the positive impact of their efforts, and thus their optimism is reinforced.

It might be cynically argued that the Democrats' and Left's overwhelmingly pessismistic vision and hopelessnes regarding both Iraq and the war on Islamic totalitarianism in general, is based on their optimism that taking the low road and undermining President Bush and his Administration will bring them back to power in American politics.