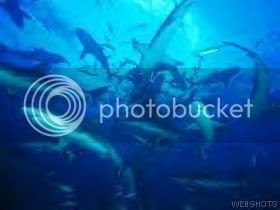 Photo Update to the Left: Special Counsel Fitzgerald taking questions from reporters in the aftermath of the Libby indictment.

So, Plame was not outed as Wilson claimed. There was no flauting of national security. There was no treason. And, of course, there was no conspiracy to punish him for opposing the Iraq War. Just the usual lying under oath (e.g., like Clinton--so no BFD according to the Left and the MSM-- remember Cisneros and others??). Ok, now can we get onto more important items? Like this and this, for example?

Too bad Wilson didn't make his famous statements (which have been documented as lies) before a Grand Jury. He only made them in the MSM, who doesn't much care about lying as long as it hurts the right people.

UPDATE: Let me be more precise. Read the indictment here. This is a case of a man (Libby) who behaved very very stupidly and made some very very stupid lies under oath to a Grand Jury. That's it. The book is being thrown at him, as is approrpriate in cases like this. When my daughter lies to me, I throw the book at her, too. However, it is not proof that there is pervasive corruption in my family as some idiots might suggest [I am talking about John Kerry's remarks about the indictment, which I can't find a link to right now].

UPDATE II: Cliff May at The Corner:

The accusation – from Wilson and his allies – was that there was a conspiracy at the highest levels of this administration to expose Valerie Plame, to reveal that she was an undercover agent. And the accusation was that this was done as a way to punish punish Joe Wilson and to send a chill to all others who might criticize the Bush White House. That does not appear to be the case. Fitzgerald is alleging no such conspiracy. And he even added: “We’re not saying that Libby knowingly outted a covert agent.” So did anybody? Or not? Does it really not matter? I’m asking .

UPDATE III: I concur with SC&A's take on Senator Kerry's comments, about how he is completely disgusted at President Clinton's Sandy Berger's Scooter Libby's lying under oath. Kerry is just shocked at this kind of thing.

FULL DISCLOSURE: I really despise John Kerry. If there is more of a hypocrite and opportunist in US government today (and boy, that's saying a LOT when you consider both sides of the political aisle), I'll eat my stethoscope.
Posted by Dr. Sanity at 4:11 PM