ShrinkWrapped has entered the buzz in the blogsphere on Able Danger and has a lot to say about Political Correctness and Reality Testing. My favorite psychoanalyst has coined the new name for the 9/11 Commission -- the "9/11 Omission". A fitting tribute to the performance of said committee.

He also has a great series of posts up on PC. Check out his sidebar and give them a read.

Here are my own thoughts on PC in visual form-- and taking into account the revelations about Able Danger (and we shall see if they stand up); and in honor of the PC "Wall" that the Clinton Adminstration placed on sharing intelligence information. And, isn't PC a way of saying, "we don't want to hear any evil, see any evil, or speak any evil"?

So here is an artistic monument that could be dedicated in honor of those basic tenets of political correctness: 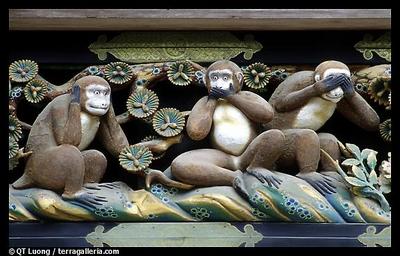 And here is the real-life, living monument to political correctness: 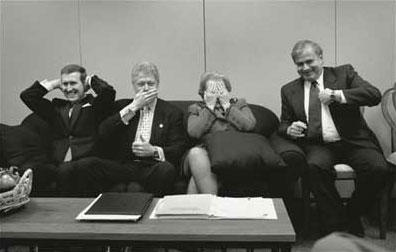