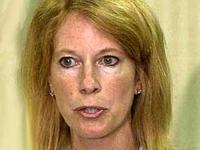 Why is Cindy Sheehan's grief over her son's death more newsworthy than Beth Holloway Twitty's grief over the death of her daughter?

The former gets unlimited coverage because her grief can potentially hurt the President; and a free pass from the press on her somewhat controversial comments about Bush, the WOT, Iraq, Israel, and Afghanistan. Questioning her political views is considered "smearing" her.

Ms. Sheehan's non-stop media circus coverage is considered "appropriate" and "meaningful"; while coverage of Ms. Twitty's grief over the murder of her daughter on foreign soil is is "sensationalist journalism", and garners cheers and applause from journalists when a CNN anchor refuses to participate in a show highlighting the Holloway case. Isn't Natalee Holloway enough of a victim for the enlightened media? Are some mother's children not worthy of their attention?

UPDATE: The Anchoress has answered my question.

UPDATE II: And read about the Left's "grief-based politics"; something I earlier referred to as "histrionics as a determinant for national policy."
Posted by Dr. Sanity at 10:15 PM