THEY HAVE THEM AND INTEND TO USE THEM

Frankly, this sounds to me like the Iranians are getting their religious ducks in a row to use nuclear weapons they already possess. That interpretation goes along with the arrogant, smirking demeanor accompanying the calculated baiting of the West that Psychopath-in-chief Ahmadinejad has been doing in the last weeks.

They've got them and they intend to use them.

I wonder if they have calculated that the cartoon jihad riots--which are clearly spreading in true pandemic fashion all over the world just as any virulent and contagious illness would--have laid the foundation for a grand gesture. You know, something that would kill a million or so infidels?

Notice that the cartoon riots are escalating even as the West bends over backwards to appease and mollify these sociopathic bullies of Islam? I'm sorry to tell you that the increasingly violent Islamic response to appeasement, solicitation, and understanding has always been completely predictable from a psychological perspective. Bullies will always push the envelope of bad behavior when they think they can get away with it.

I can imagine Ahmadinejad rubbing his hands together like Mr. Burns, cackling, "Exxxxcellent!" as the rioters set the stage for a demonstration of Islamic superiority and Allah's (i.e. Ahmadinejad's) will.

It's no use saying that such behavior doesn't make sense and would be irrational and suicidal. Just think of Ahmadinejad as the ultimate, high-tech suicide bomber who has wrapped that nuclear bomb belt securely around his entire country.

I hope I am wrong; but all my psychiatric instincts tell me that we have a situation where we are facing imminent suicidal and homicidal behavior. 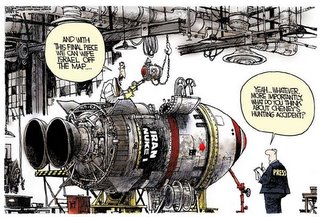 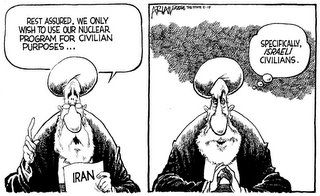