Where Have All The Mothers Gone?

This study about the power of "good" mothers in overcoming aggression or "bad" behavior in children is really interesting--particularly for the societal implications. Researchers discovered that "good" mothering was able to prevent aggressive and self-destructive behavior in at-risk monkeys. In human terms, "Good" mothering provides a child with respect, love, and security-- the basic aspects of "nurture" that are essential for normal development.

These findings support previous research that good mothers were able to mitigate a genetic defect in children that led to aggressive and "bad" behavior.

Good mothering can abolish the impact of a "bad" gene for aggression, suggests a new study, adding spice to the "nature-versus-nurture" controversy....

For 26 years, she and her colleagues followed the fate of 1037 children born in 1972 in Dunedin, New Zealand. They found that children were much more likely to grow up to be aggressive and antisocial if they had inherited a "short" version of a gene called MAOA. It makes monoamine oxidase A, an enzyme which helps to break down neurotransmitters such as serotonin, and was less efficient in the individuals with the "short" version.

But carriers only went off the rails if they had had an awful, abusive upbringing. Carriers with good mothering were usually completely normal, showed the New Zealand study.

From a psychological perspective then, the freedom and empowerment of women in society are absolutely critical because they are responsible for the earliest environmental influences on children--influences that will impact the child throughout his or her life. If the society has little respect for women and regularly demonizes, debases or humiliates them, it will have a profound generational impact. This is why encouraging women's rights around the world should be a high priority in US Foreign Policy.

The article goes on to discuss the implications:

But an obvious implication is that a "bad" gene in humans could potentially be kept in check by good parenting. "The general principle of parenting is important and can have impacts not only at the level of behaviour, but also in hormonal activities, brain chemistry, structure and function, and at the level of gene expression," he says.

Failure to provide the correct mothering may reset the brain's circuitry irreversibly to patterns of antisocial behaviour, aggression and self-destruction, possibly to enable sheer survival in the absence of motherly protection during infanthood.

Women subjected to institutionalized, societal abuse (such as what we saw under the Taliban; and what we see to a greater or lesser extent in almost all Islamic countries--where physical abuse is sanctioned; where women are sexually demonized; where they are deprived of education, as well as physical, social, economic and political freedom) are hardly in a psychological position to be able to provide effective "nurturing" to children.

Women whose own aggressive impulses have been savagely constrained by society and who have few options to sublimate those impulses, are at grave risk of encouraging aggressive and violent "acting out" on the part of their children on their behalf-- especially the male child who must be seriously conflicted about his love for and identification with a lowly-regarded woman.

In other words, such women will hardly prevent inappropriate aggression in their offspring, when such aggression vicariously meets their own needs. And the male children will have to assert their separation and distance from the debased female that is their mother, as aggressively and violently as possible.

And if you doubt the impact that mothers with such societally and religiously-sanctioned inadequacies could have on children , check out this article. Or look at the photos below and ask yourselves where have all the mothers gone?(from LGF): 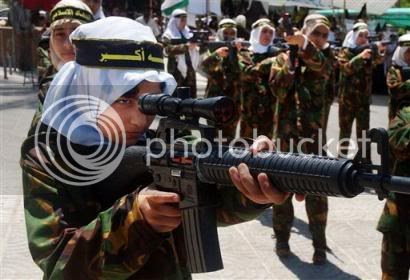 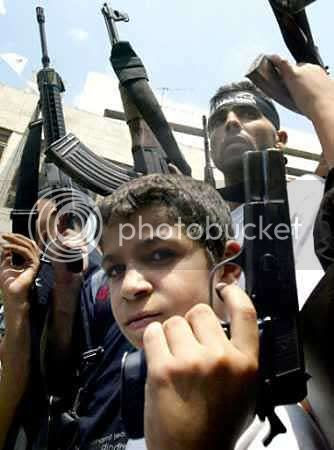 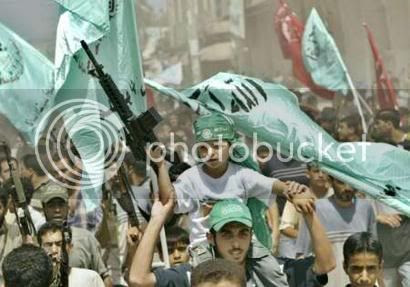 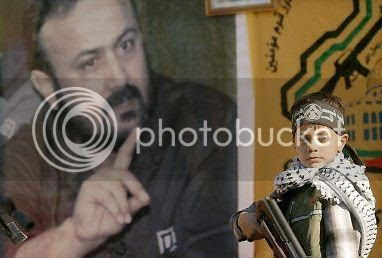 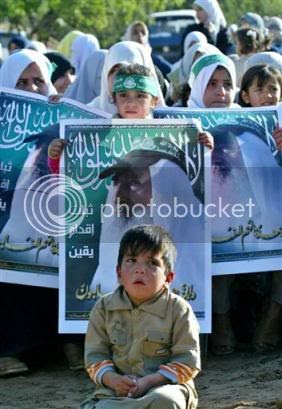 UPDATE: Several emails have asked if I think men have any role in "nurture". The answer is that men, or fathers, have a profound impact, but their role usually occurs later in the child's life. There is no question that a "good" male parent can undo or compensate for a failure of nurturing on the part of an impaired or absent mother. Males are perfectly capable of providing the love, respect and security necessary. In the older child (e.g, toddler and older), male figures are critically important in helping their son's "reign in" aggressive impulses and find socially acceptable ways to express those aggressive impulses.

We have just discussed how male children in societies that demonize or debase women must overemphasize their "maleness" in order to separate from the mother. As grown men, far from being able to mitigate the aggressive impulses of a child, such men will encourage these impulses in order to "prove" to the world at large that they (and their sons)have not been "feminized". Cultures where women have extremely low status almost always encourage the development of inadequate, "macho" men, who need to prove their manliness and constantly are responding to insults of their "honor".
Posted by Dr. Sanity at 5:21 PM