Here are some photos of a Demonstration against Terrorism in Qatar, where they recently had a suicide bomber in the Qatari capital, Doha, killing one Briton and injuring 12 people attending a theater performance. This was the first major terrorist attack in the country.

I suspect the demonstrations are an example of a type of "NIMBY" phenomenon (Not In My Backyard)--long overdue in this region. As the Islamofascist Terrorists get desperate and continue to attack other Muslims and innocents in Iraq, Saudi Arabia, Qatar,Turkey, and other places around the world, we may begin to finally see a backlash against these thugs, instead of the steady diet of admiration and rationalization of their behavior by mainstream Muslims. Their Terrorist's tactics appear to be wearing thin and losing them supporters and this, combined with the obvious benefits of a new-found freedom may be the ultimate undoing of the jihadis. 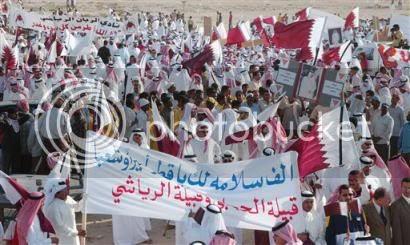 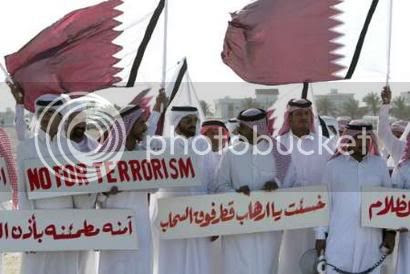 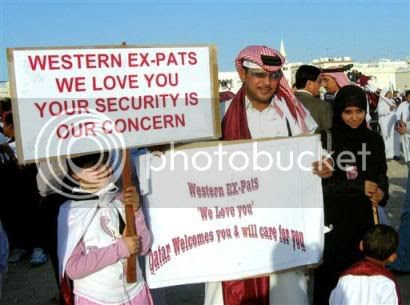