Once again the Left comes down firmly on the side of tyranny. Charles Krauthammer is wrong--these people aren't capable of feeling shame. They are so totally, completely, unremittingly, unreservedly and unrepentantly CLUELESS that the only proper response to their antics is total, unrestrained laughter.

-They could be showing solidarity with the brave citizens of Iraq who risked their lives for democracy.

-They could denounce Castro's crackdowns on free speech and intellectual inquiry

For once in their pathetic lives, they could stand for something that actually results in benefiting humanity in the real world, instead of in their imaginations.

Jeff Goldstein has the right idea:

I would only add that those attending might also consider wearing bright red noses and big floppy shoes. And one of those fake flowers that squirts water pinned to the lapel.

Because if you really must protest, you may as well dress the part, right? 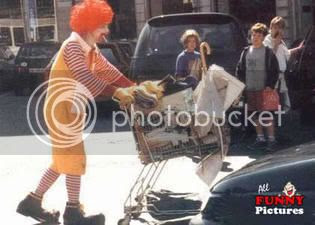