THE SANITY SQUAD: Presidents Past, Present, and Future 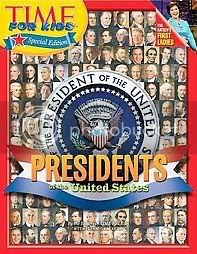 The latest podcast of The Sanity Squad is now posted at Pajamas Media ; and since this week we celebrated President's Day, the Squad discusses US Presidents, past and present.

Can you guess which President the London Examiner was referring to when it wrote that the man had “murdered the Constitution of the United States” and “overthrown all for which Washington fought and Patrick Henry spoke?” Hint: it wasn’t George Bush.

America has always been more than just another country--it is the physical representation of an idea; and not just any idea, but the greatest idea in the history of the world: HUMAN FREEDOM.

If there is one characteristic that all great President's have shared, it is a profound love and instinctive appreciation of this great idea and its fundamental role in the life and history of America.

George Washington understood this when he surrendered control of the military to civilian authority; Lincoln exhibited it when he abolished slavery and the country had to live up to the values and ideals enumerated by its founders; FDR expressed it when he stood up to the National Socialists and the Empire of Japan in WWII; Reagan was one of its champions when he demanded that the USSR tear down the walls of tyrany it erected around the globe; and George W. Bush extended the idea and vision of freedom to its logical global conclusion, when he said in his 2005 State of the Union Speech (you can tell that I like this speech, since I quote from it a lot--especially the following):

We are led, by events and common sense, to one conclusion: The survival of liberty in our land increasingly depends on the success of liberty in other lands. The best hope for peace in our world is the expansion of freedom in all the world.

America's vital interests and our deepest beliefs are now one. From the day of our Founding, we have proclaimed that every man and woman on this earth has rights, and dignity, and matchless value, because they bear the image of the Maker of Heaven and earth. Across the generations we have proclaimed the imperative of self-government, because no one is fit to be a master, and no one deserves to be a slave. Advancing these ideals is the mission that created our Nation. It is the honorable achievement of our fathers. Now it is the urgent requirement of our nation's security, and the calling of our time.

Join Siggy , unplugged; Shrinkwrapped , unwrapped, Neo-neocon, unabashed , and me, unashamed-- as we talk about what makes a good president; who our favorites are, and what is unique about the American Presidency. As usual, we can't resist throwing out some red meat out for the barking lunatics of the left to gnaw on, (especially me, I'm afraid--but I do so love to bait them).

(The Sanity Squad cartoon at the right is drawn by Eric Allie, whose collection of political cartoons can be found here and here).
Posted by Dr. Sanity at 6:30 AM