BAMBI MEETS GODZILLA AND OTHER WEIRD CARTOONS OF THE MODERN WORLD

Oh the horror of life under the Bush Debacle!

Let’s see, last time I checked,
1. The stock market is at an all-time high, thus
2. Retirement accounts are at last recovering.
3. Unemployment is at a 25-year low,
4. Taxes are at 20-year lows,
5. Federal revenues are at all-time highs,
6. The Federal deficit is down almost 50%,
7. Real estate values have soared,
8. Inflation is at a 20-year low,
9. There have been no successful attacks since 9/11,
10. Al Queda is being taken apart, one body at a time.
11. U.S. and British Intelligence have thwarted a number of attacks.
12. The terrorists are flocking to Iraq to be killed, instead of boarding planes for this country.

But somehow, all of the above is either hidden or twisted into something negative by the media; and the political left is still clamoring to have Bush's head impaled on a pike in front of the White House.

What is it with these people? What is it, actually, that has made many Americans, usually pretty level-headed, descend into doom, gloom, despair and a sense of hopelessness?

There are (at least) two factors at work here. The first is extremely effective leftist propaganda that is bruited about pretty mindlessly by the mainstream media. Either these nincompoops are completely unaware how they have been completely brainwashed by neo-marxist class wars nonsense (oh, and see here for an extremely revealing look at the USA communist party agenda which just happens to coincide pretty closely with most of the talking points of the Democratic leadership) , or they haven't got the intellectual balls to question the underlying ideology that has been the prism for all their economic reporting since Republicans have occupied the White House.

When it comes to the Iraq War and the War on Islamofascism in general, there also happens to be some pretty clever propaganda that is contributing to this sort of data; but let us not forget this important psychological factor: DENIAL

Six years after our generation's Pearl Harbor, there remains considerable psychological denial about the fact that this country is at war with a well-organized and funded group of radical Islamists who desperately want to bring down our country and its values. Their religiously-inspired hate is matched only by the seemingly endless supply of oil money and worldwide influence that they use to bring about 9/11's around the globe. Even as their homicidal and totalitarian agenda becomes more and more transparent and open, we in the West continue to equivocate, rationalize, and pretend that nothing serious is going down. In fact, many have concluded that if only George Bush would just go away, all this nasty unpleasantness would immediately cease and peace and brotherhood would break out (cue flowers, deer, birds, and unicorns gamboling in the meadow to the tune of "All We Are Saying Is Give Peace A Chance").

We prefer to turn all those awful negative emotions inward against ourselves, rather than contemplate for one moment that we may really be in some sort of danger. And the media and the left are determined to help us engage in this passively suicidal behavior.

In Strategies for Dealing With Denial, I wrote:

At the center of all psychological denial is a hidden agenda. That agenda is usually not completely conscious--meaning that the denier has not thought through the issues surrounding his denial; and may not even be aware of what his motivation is in asserting something is true when it isn't; or false when it isn't.

Denial need not be absolute and completely cut off from reality. Even among alcoholics and drug users there is a varying level of awareness of their problem. Some accept that they are in jail or sick because of their substance use, but yet are still not willing to do anything about it. Some may recognize some facts about their drinking (like that they get put in jail), but completely deny the impact of those facts on themselves or their families; or the future implications of continued drinking or drug use (e.g., that they are killing themselves and will die).

The hidden agenda or underlying motivation behind the denial is very frequently related to the potential adverse consequences that could ensue if the denial were eliminated and reality acknowledged. That is where the unnacceptable feelings, needs, and thoughts come in. The denier (or part of him) has made an unconscious decision that awareness of certain feelings, needs, or thoughts is more threatening to his sense of self than the act of denial....

The entire act of denial (is) initiated to begin with by the psyche for a good psychological reason-- to temporarilly supress awareness that something (is) wrong--while the person struggled with the effort to face that possibility.

That awareness (is) so frightening, that a temporary psychological bargain (has) evolved into a binding contract that allows the person to suspend cognition and reason so that he is able to ignore any knowledge or evidence that alters his fantasy reality.

The political left, the Democrats and some Republicans have made a binding contract with denial. In their heart of hearts they know what is at stake--and they can't come to grips with it because, for the moment anyway, it is just so convenient to pretend that this problem can be laid at the doorstep of the Bush Administration.

If they believe that then they can continue to delude themselves into thinking that they are in control of events and not the other way around.

It is just so convenient to pretend that nothing bad will happen if we abandon Iraq. It is just so easy to think only of the gratification of immediate political desires, rather than anticipate the growing catastrophe that is looming for America and all of Western civilization. It is just so comforting to believe that by appeasing the crocodile, he will decide not to eat us--or, eat us last.

These are the times that try men's souls--and psyches. Ultimately, all individuals must CHOOSE to deal with reality. No one can make anyone face a terrible truth they wish to avoid. One of the purposes of this blog is to "shine a psychological spotlight" on the maladaptive responses to the realities of our world. Normally, we come well-equipped to be able to sense danger and to deal with it. We are, for example hardwired to either stand and fight that oncoming danger, or to run away. 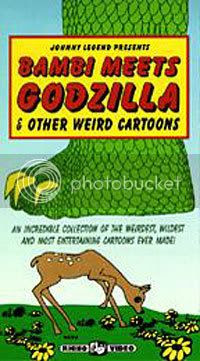 Running away only works if we won't be pursued, and if there is someplace safe to run to. Both biological strategies can be effective, depending on the situation. As Kenny Rogers sang, "You've got to know when to hold 'em, know when to fold 'em, know when to walk away, and know when to run." And in the end, that means we must employ our rational mind, and focus it on understanding the danger so we can deal most effectively with it before it deals with us.

Sometimes an event occurs that is so traumatic that it cuts through all the bullshit we have been telling ourselves. Sometimes, events transpire to make what wasn't so obvious, suddenly brilliant, and crystal clear. But, events of that nature, which should shake everyone out of their complacency for all time, are unfortunately, not only the stimuli for profound revelation and insight, but also the seeds for denial, delusion, projection, and displacement--all those primitive and neurotic defenses that pop up when the horror of reality and the fear of change simply are too overwhelming.

Thus we focus on the make-believe "horrors" of life under the BushHitler; and manage to almost entirely block out the tragedy and death that came before, and which still hangs over us, poised to decimate our world once again.

It really is so much more pleasant, gamboling in that utopian meadow of peace, brotherhood and harmony, isn't it?
Posted by Dr. Sanity at 9:29 AM