HOW POSTMODERN "LOGIC" MANAGES TO "WIN" ALL ARGUMENTS 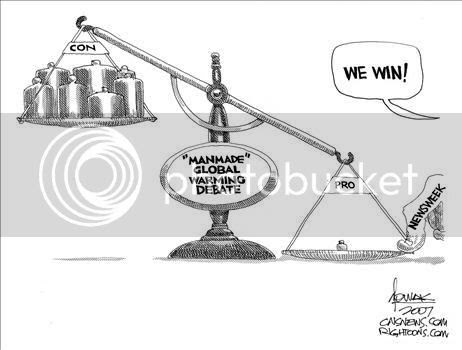 Substitute almost any talking point of today's political left for "Manmade Global Warming Debate". and you their tried and true recipe for "winning" debates: ignore reality, truth, and reason.

It turns out that postmodern philosophy and rhetoric are simply perfect for this purpose (see here, here, here, here, here and here, for example) and can be mobilized rapidly whenever there is the slightest possibility that a glimpse of the real world might break through the barrier of perpetual psychological denial.

Those who live in the wonderful world of denial go through their daily lives secure in the knowledge that their self-image is protected against any information, feelings, or awareness that might make them have to change their world view. Nothing--and I mean NOTHING--not facts, not observable behavior; not the use of reason or logic; or their own senses will make an individual in denial re-evaluate that world view. All events will simply be reinterpreted to fit into the belief system of that world--no matter how ridiculous, how distorted, or how psychotic that reinterpretation appears to others. Consistency, common sense, reality, and objective truth are unimportant and are easily discarded--as long as the world view remains intact.

This is one of the wondrous aspects of postmodern rhetoric, where reality and truth are only relative, is that anybody's "reality" is as good as anybody else's. For the dedicated postmodernist, polls and opinion are the final arbiters of truth; and the results of a poll or two, constructed along ideological lines to fit a particular template, is all you need to confirm your reality.

Reality is a matter of opinion (simply ignore any polls that don't agree with your reality, of course). This type of useful rhetoric can even determine today, what history will say many tomorrows from now. With enough repetition and passion, "history" can be set in stone in the temporal present!

Extremely convenient for anyone who wants to avoid confronting their own contradictions in the present.

Postmodernism accomplishes this Herculean anti-intellectual, counter-rationale feat with aplomb, using a technique known as "contradictory discourses"; something Stephen Hicks wrote about in Explaining Postmodernism. In this excellent and well-reasoned book, Hicks discusses a leftist strategy which he describes as "using contradictory discourses as political strategy". (page 184)

In other words--don't waste your time looking for any sense in the contradictory statements; illogical demands and confusing rhetoric of the postmodernists; their goal is to distance themselves from any unpleasant reality by returning to a simple, childlike state where their wishes and feelings are all that matter. Truth and reason can be easily cast aside whenever they don't fit in with the emotion du jour. 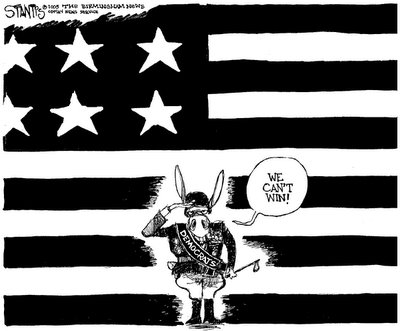 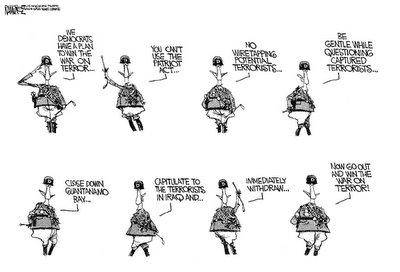 The opening cartoon demonstrates nicely how this sort of "logic" manages to "win" all debates. We are reminded repeatedly that the political left see themselves as a "reality-based" community; dedicated to science (as opposed to faith) and champions of free speech and unfettered intellectual inquiry... and yet, their behavior suggests that the man-made global warming "debate" is not so much a debate as it is an article of deeply-held faith and religious conviction.

Before the most recent global warming industry was popular, there were the imminent global catastrophes of pollution, overpopulation, universal famine, nuclear winter, and ozone depletion and just a short decade or so ago there was the global cooling scare. None of the predicted environmental catastrophes arrived on schedule. Some have suggested that the current obsession with global warming has actually adapted elements of almost all the previous environmental crazes and escalated the dire prediction beyond all reason or rational discourse.

The entire purpose of the contradictory discourse technique is actually to shut down any argument or debate. This rhetorical ploy is guaranteed to drive the opposition crazy as they try to deal with the ensuing flip-flops (how many of you remember that just before the debate on global warming was all the rage, the same leftist experts were touting imminent global cooling?). They can be FOR something and at the same time AGAINST it, thus covering all the bases.

I'm sure you can see how this would be a particularly useful strategy in today's politics. It enables you to be simultaneously for everything and nothing at the same time!

Not surprisingly, promising everything and delivering nothing captures the essence of postmodern leftist intellectual thought in all its neo-marxist/fascist, nihilistic and irrational glory. 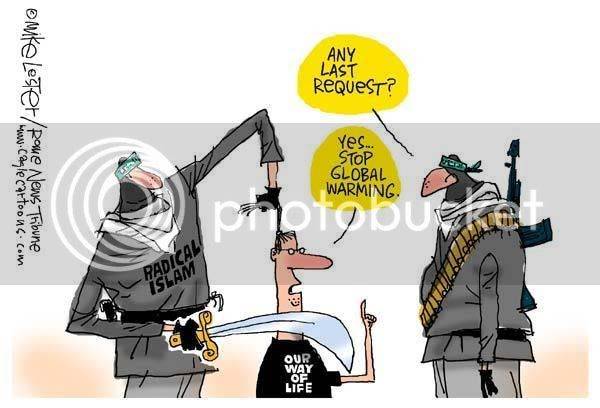