Clinton leads Obama in the race to be the Democratic nominee for the November 2008 election, and Castro said they would make a winning combination.

"The word today is that an apparently unbeatable ticket could be Hillary for president and Obama as her running mate," he wrote in an editorial column on U.S. presidents published on Tuesday by Cuba's Communist Party newspaper, Granma. 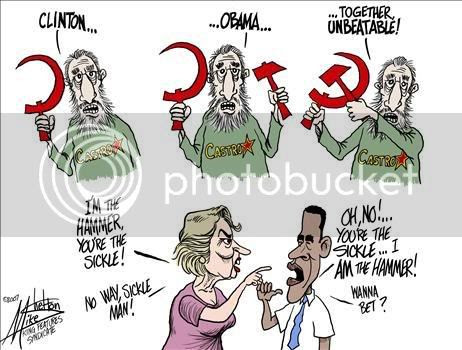