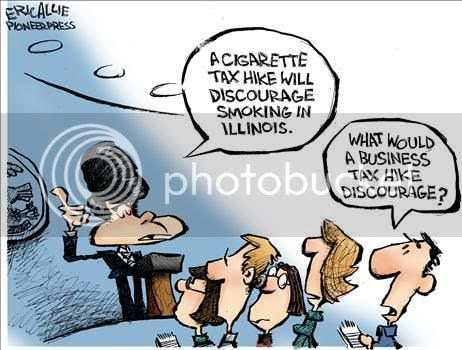 Don't expect an answer from the parasites who seek to destroy wealth by confiscating it and/or punishing its creators; but here is a good discussion of the phenomenon (hat tip: Classical Values):

The difference between these methods of gaining wealth — between, say, competing to build a better restaurant and competing to get to the treasure first (rent seeking) — is that the first one creates wealth, or better-offness, for the world. Customers are made happy, and restaurants gradually get better. Fighting over who gets the treasure isn’t like that. The treasure doesn’t get bigger as a result. In a sense it gets smaller because wealth is eaten up in the effort to lay hold of it.

Think of this on a larger scale and you can see that the more a society spends on rent seeking — on quarrels over who gets what — the poorer it becomes. If that’s all that anyone did, everyone would starve in due course.

Apply the point to politics. To adapt the oversimple dichotomy to this arena: one can gain wealth in two ways — through the marketplace (by creating things people want) or through the political system (by lobbying for handouts or favored treatment). The latter is a type of rent seeking. Notice not only the temptation to try it but also that Politicians might like creating rents, because they encourage the attentions of the rent seekers known as interest groups.

Of course, what's interesting to me as a psychiatrist and observer of human behavior is the fact that political parasites use this strategy regularly to "selflessly" obtain wealth for others (supposedly for "good of all"-- but you notice they never suffer financially), and they ultimately bring no long-term benefit to society; while those individuals who work "selfishly" to create wealth and make a profit end up benefiting the entire society.

Just one more example of the kind of selfless narcissism that is so prevalent today.
Posted by Dr. Sanity at 7:29 AM