WORKING ON THEIR CLICHES

The beginning of 2006 Major League Baseball Season this week made me realize where I had heard the new platform for national security trotted out by the Democrats recently in preparation for their 2006 season.

When it comes to issues of national security, apparently the Democrats are taking their cues from Crash's advice to Nuke in Bull Durham, and are working on their cliches for the "show":

DEMOCRATIC VERSION -- "Iraqi politicians should be told that they have until May 15 to put together an effective unity government or we will immediately withdraw our military." - Senator John Kerry

CLICHE: "I'm just happy to be here and hope I can help the ballclub."

CLICHE: "I just wanta give it my best shot and, Good Lord willing, things'll work out."

DEMOCRATIC VERSION - "We are uniting behind a national security agenda that is tough and smart, an agenda that will provide the real security," [and ,the stars willing,] 2006 will be a year of 'significant transition' in Iraq." (Senators Reid and Pelosi) 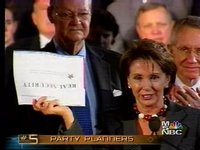 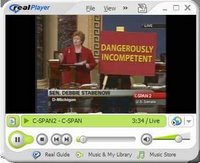 (images lifted from Expose the Left on the left; and Michelle Malkin on the right)
Posted by Dr. Sanity at 12:35 PM