A CAUSE WORTH SUPPORTING

This letter was in my email this morning, and I thought I'd pass it along because it seems like a cause worth supporting:

When my husband and I heard that our son Forest was going to Iraq, we were concerned - like any parents would be whose son was going into harm's way.

But we knew that Forest believed in the mission. In fact, he signed up for active duty after the September 11, 2001 attacks because he wanted to defend our country from terrorists. 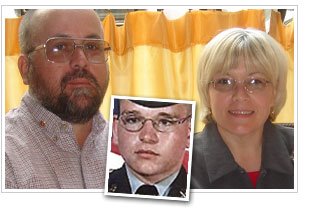 Tragically, Forest was killed on a volunteer mission - with Cindy Sheehan's son Casey - to set up a medical evacuation point for fellow soldiers wounded and trapped in an abandoned building.

I will never forget the day we received the news that Forest had given his life for his country.

Unlike Cindy Sheehan, however, my family determined that we would continue the fight against terror that our son gave his life for.

That is why we joined Families United for Our Troops and Their Mission.

As someone who has personally borne the costs of this war, we know the loss; we know the grief.

We just wish the media would give half as much attention to the accomplishments. 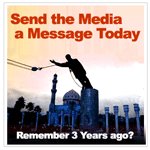 Please join my family in asking the national media to recognize Iraqi Liberation Week on April 9th through the 15th. Don't let them ignore this milestone!

All you have to do is go to FamiliesUnitedMission, sign the letter and forward it to your friends

PS. - Learn more about Families United for Our Troops and Their Mission at FamiliesUnitedMission or read a Washington Times article about our effort to highlight Iraqi Liberation Day.
Posted by Dr. Sanity at 9:37 PM