France is economically and spiritually doomed.

French President Jacques Chirac has announced that the new youth employment law that sparked weeks of sometimes violent protests will be scrapped.
He said it would be replaced by other measures to tackle youth unemployment.

Millions of students and union members have taken to the streets over the last month in protest against the law, which made it easier to fire young workers.

Unions and student leaders said it was "a great victory" and were due to meet to decide if the protests should go on.

By all means, let the protests go on! Soon perhaps, France can achieve the perfect dead-end society socialist paradise where noone has to work at all; and the whine wine flows freely for all (except, of course, the Muslims who don't drink). But everyone can rest assured that those pesky economic realities can be changed by rioting in the streets.

But hey! They'll always have Paris! 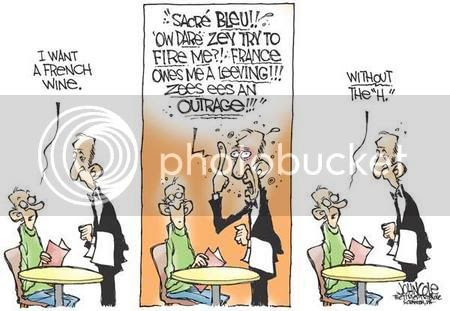