Headline in today's Ann Arbor News: "FEARS OF A RECESSION STIR: U.S. Economy Grows at Most Sluggish Pace in 4 Years". 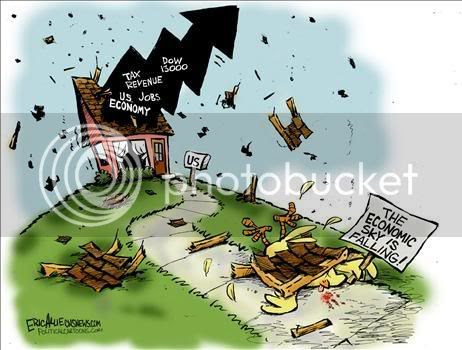 What was I saying just the other day?

But I saw an actual poor person last week on the news, so it can't be a good economy and it must be Bush's fault. I mean, the Democrats wouldn't lie about that, would they?

I would have to agree. The Democrats wouldn't dream of putting the left's ideological agenda and their own narcissistic fantasies ahead of the nation's interst.