WHEN THE GOING GETS TOUGH, THE UN GETS...GONE 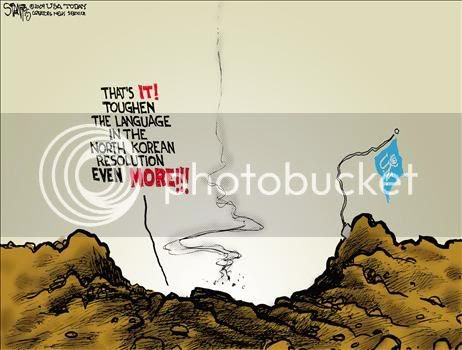 
Krauthammer has it exactly right: "If he [Obama] had gone to Oz, it would have had more effect than what happened yesterday at the UN."

And, one last thought...every day that passes, a "strong" response that in any way negatively reinforces NoKo's behavior becomes more and more laughable.

The UN is a gutless, toothless, apologist for and enabler of evil and tyranny.
Posted by Dr. Sanity at 6:19 PM