THE POLIITICAL LEFT: UNITED IN HATE WITH AMERICA'S FOES

Cliff May reminds us that there is a reason why the political left in this country has made common cause with Militant Islamists:

Ask those on the Left what values they champion, and they will say equality, tolerance, women’s rights, gay rights, workers’ rights, and human rights. Militant Islamists oppose all that, not infrequently through the application of lethal force. So how does one explain the burgeoning Left-Islamist alliance?
[...]
In a new book, United in Hate: The Left’s Romance with Tyranny and Terror, Jamie Glazov takes a hard look at this unholy alliance. A historian by training, Glazov is the son of dissidents who fled the Soviet Union only to find that, on American campuses, they were not welcomed by the liberal/Left lumpen professoriate.

Glazov’s book indicts artists and intellectuals of the Left — e.g. George Bernard Shaw, Bertolt Brecht, and Susan Sontag — for having “venerated mass murderers such as Lenin, Stalin, Mao, Castro, and Ho Chi Minh, habitually excusing their atrocities while blaming Americans and even the victims for their crimes.”

Following the fall of the Berlin Wall, the Left spent several years wandering in the wilderness. Many of them, Glazov suggests, looked upon the terrorist attacks of 9/11 less as an atrocity than as an opportunity to revive a moribund revolutionary movement.
[...]
Glazov concludes that the Left’s “romance with Islamism is just a logical continuation of the long leftist tradition of worshipping America’s foes. . . . The Left clearly continues to be inspired by its undying Marxist conviction that capitalism is evil and that forces of revolution are rising to overthrow it — and must be supported.” On that basis, militant Islamism is regarded as a “valiant form of ‘resistance’ against American imperialism and oppression.”

If such values as equality, tolerance, and human rights are crushed in the process, that’s a price many on the Left are willing to pay. Those on the Left who disagree should perhaps speak up more loudly and more often.

In the few short months that the dedicated leftist Barack Obama has been in the White House, we have seen a rapid acceleration of the "forces of revolution" rising to overthow this country. Obama's World Apology and America Bashing Tour is nothing if not a crystal clear deliniation of the sides of this battle. There is no dictator or tyrant he won't abase himself to, or belittle his country for; there is no ally that he is not willing to give up or betray in order to demonstrate his willingness to submit to Islamic bullying.

But, as I have mentioned before in "The Four Pillars of the Socialist Revival", appeasement and enabling of terror is only one way that the political left hopes to advance their ideology; it's important to remember the other three prongs of their strategy. Our new President seems intent on implementing all four as quickly as possible so as to achieve the "foundation" of this new leftist utopia.

Multiculturalism and political correctness are two key aspects of the strategy. Both are fundamental pseudo-intellectual, quasi-religious tenets for the left. The third is radical environmentalism which is a clever emotional substitute for Judeo-Christian religious traditions and dogma, for which the left has nothing but contempt.

All four of these strategies arose from the metaphysical, epistemological and ethical dead-end that traditional Marxism found itself in toward the end of the 20th century. Fortunately, postmodern philosophy has led them out of the "wilderness" of rational thought and objective reality, and brought them to the promised land; which, as it turns out, is a neo-Marxist revival, accelerated by the fascist goals of leftist environmentalism.

The intellectuals of the left have been unable to abandon their totalitarian/collectivist ideology, even after communism and national socialism proved to be crushing failures in the 20th century. But the new face of their same old tired ideas has been rehabilitated and madeover by their clever adoption of postmodern metaphysics, epistemology, and ethics. Slowly, but relentlessly, the dogma of multiculturalism and political correctness has been absorbed at all levels of Western culture in the last two decades--and after the end of the cold war, it has been accelerating. Slowly but relentlessly they have found new ways to discredit freedom, individuality and capitalism.

The new face of collectivist and totalitarian thought has been seamlessly integrated into most K-12 curricula and all other learning environments. have been at the forefront of attempts by leading academics and academic institutions to rewrite most of history and undo thousands of years of Western cultural advancement.

If the left understands anything, it is that in order for their ideology and its promised utopia to be born, they must thoroughly destroy America and undermine everything America stands for in the world. Once that has been accomplished, then their way is clear. Of course, they truly believe they will be able to control the Islamist genie they have encouraged, appeased and enabled along the way. That's why they are so nonchalant about terrorism and the threat of Islamic jihad. First, they see themselves on the same side politically; and second, they believe they won't have any trouble stopping the Jihad once they are in power. What's the big deal? They also intend to roll back the rising seas, stop global warming, and heal the planet, after all.

The left has rigged the debate so that there is no possibility of debate any longer: anyone who question any of the four tenets' validity or value is routinely met with hysterical accusations of racism, sexism, homophobia, Islamophobia, imperialism, bigotry, or--worse of all --intolerance or insensitivity.

Multiculturalism, Political Correctness, Radical Environmentalism and Terrorism are the four pillars that are the foundation of an evolving epistemological, ethical and political strategy that the socialist/collectivist remnants in the world are using to resurrect their failed ideology, which now takes the form of neo-Marxist fascism.

Below is a flow chart that I adapted from Stephen Hick's book, Explaining Postmodernism (p. 173), which summarizes the evolution of these strategies:

With the new leftist Messiah in the White House and the Democrats in congress in thrall to collectivism (and not a few of the Republicans as well), we can see how all four of these strategies are being politically enacted with great haste since the ascension of The One.

(1) LEFTIST ENVIRONMENTALISM - The left hopes to destroy capitalism, wealth and American productivity and sacrifice it all to the environmental gods. Human activity, human wealth are evil and are destroying the planet. The Obama administration is using the current economic crisis as an opportunity to undermine capitalism in general, but the coup de grace is going to be the untenable economic burden that the envirofascists intend to deliver with all the rules and regulations designed specifically todestroy America's economy. This radical agenda--which was just unveiled by Obama's new EPA--is completely irrelevant to "saving the planet" or even "preparing America for the future" with so-called "green jobs".

On the contrary, the rules and regulations are quite deliberately designed to strangle a free economy. The left believes capitalism is evil and has no qualms about destroying it. And, since they haven't a clue where real wealth comes from, they truly believe that they will always be able to steal it--i.e., "redistribute it"-- from the people who create it.

(2) MULTICULTURALISM - The left firmly believes that American imperialism and oppression are the source of all the evil in the world. American culture corrupts and, while multiculturalism dogmatically preaches that all cultures are special and good; it turns around and gleefully contradicts itself by saying that Western--particularly American--culture is uniquely evil (see here). This is pure cultural and moral relativism punctuated by anti-American dogma. For years we have listened while all the thugs and dictators of the world unite to castigate and denounce our country and all it stands for. Now we have to listen to it out of the mouth of the American President himself, the narcissistically enhanced under-achiever, Barack Obama.

(3) POLITICAL CORRECTNESS - As far as political correctness, just listen to the rants of morons like Janeane Garafolo who is rather typical of the the dedicated leftist grunt (better known as the "useful idiot") and who sees anyone who opposes the left's magnificent ideas as racists; or homophobes; or whatever term they think they can get away with. It is purely ideologically driven and not based on any principle except the principle of the moment. Meanwhile, the "anyone who disagrees with Obama must be a racist" meme has the effect of squelching debate and free speech--which is precisely what the left intends.

(4) TERRORISM, or the application of direct physical violence for ideological purposes - Obama's DHS that has reclassified terrorism as "man-caused disasters" and chosen to focus, not on Al Qaeda or the Islamic fanatics, but is preoccupied with the religious right and returning Iraq war vets and other members of the political right. Meanwhile, the President shakes hands with dictator clowns; promises to talk without preconditions to genocidal fanatics; and encourages the delusions of psychotic cultures. Terrorists everywhere are rejoicing.

This behavior we are seeing now in the Obama Administrationw was completely predictable. Obama's behavior now as President is not any different than it was when he was a mere community organizer. The people he associated with then, he continues to associate with; only now he is able to appoint them to key roles in the U.S. government. He has been a member of the New Socialist Party and enjoyed their support when he ran for office; he hobnobbed with former terrorists who are now "education experts"; and his wife and many of his friends and close associates at work and church never liked America much to begin with.

Yet, he is the candidate who the majority of Americans voted for; and I can't blame them entirely because essential information was kept from the general population by the media about Obama's character. But mostly they didn't want to hear it anyway. They wanted to prove they weren't racist by voting for a charismatic and glib demagogue, who promised to usher in a "post-racial" America of hope and change. Yeah, right.

A majority of Democrats have been slowly sliding toward a preference for tyanny over the last decade and pretty much subscribe to all the major ideological points of the far left anyway. Oh, they see it as a "benign" sort of tyranny--one that is imposed "for our own good."

So, is it any wonder that the political left has made common cause with Islam's fanatics? They have united in hate with America's foes, because America is all that stands between them and their respective utopian dystopian visions. 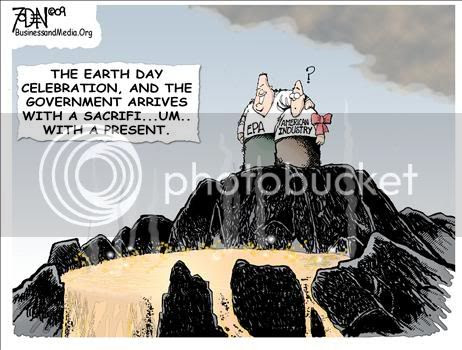 UPDATE: As Michelle Malkin writes today, "Welcome to civility and tolerance in the age of Obama." If the people coming here to comment from leftist sites like Firedogpuddle (I refuse to call them a lake, they are too shallow) exhibit any degree of "civility" or "tolerance", it is only because they probably remembered to take their medication today. I suspect most days they forget since being in touch with reality is such a painful experience for them. Funny isn't it how angry and intolerant they were when they were out of power; and now that they control the White House, Congress, and most of the MSM, they are still enraged.

I must have hit a very very sensitive nerve. They are scared shitless.

UPDATE II: Unfortunately, I will have to close the comments on this post because of the infestation of incivility and abuse that "progressive" types specialize in. You should see my emails! A testament to the hatefest of the left.
Posted by Dr. Sanity at 6:45 AM