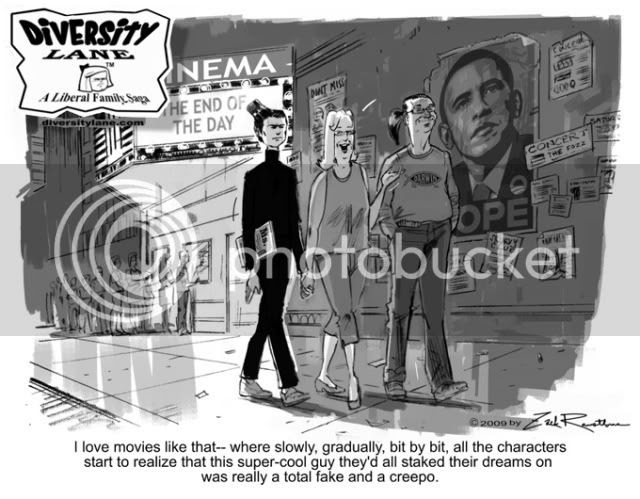 As Obama's numbers decline, watch for the always helpful MSM to obscure the fact that many people are waking up to find themselves in a very scary relationship with a total creep.

Mark Steyn yesterday on Obama assuming the Lewinsky pose to our Saudi overlords (I'll bet he prostrates himself on the ground when he meets the Chinese leader--or, perhaps he's saving the supreme and ultimate bow of respect for the manly Kim Jong Il who, I'm sure is highly aroused by the "firm response" he's getting from the One's tough stance):

This picture is worth a thousand words.

So let me see if I understand American protocol in the age of Obama: The First Lady hugs Queen Elizabeth as if she's some granny at a seniors' center photo-op, but the President of this republic prostrates himself before King Abdullah as if he's a subject of the Saudi pseudo-Crown.

This is a very weird presidency. But something tells me Abdullah won't be getting the discount DVD pack of Psycho and Lawrence Of Arabia.

UPDATE: Rasmussen's Daily Presidential Approval poll shows a consistent trend. At this rate, the lines should cross by May and the Messiah's disapproval rating will be higher than his approval. Shocking. 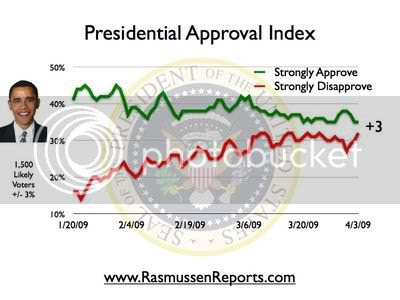