RETREATING FROM THE FREE MARKET...AND FROM FREEDOM

This is very discouraging, but not unexpected (hat tip: The Corner). Keith Hennessey compares two statements of the G-20 Summit, one from November, 2008:

12. We recognize that these reforms will only be successful if grounded in a commitment to free market principles, including the rule of law, respect for private property, open trade and investment, competitive markets, and efficient, effectively regulated financial systems. These principles are essential to economic growth and prosperity and have lifted millions out of poverty, and have significantly raised the global standard of living. Recognizing the necessity to improve financial sector regulation, we must avoid over-regulation that would hamper economic growth and exacerbate the contraction of capital flows, including to developing countries.

Let’s parse it a bit:
“… a commitment to free market principles …”
“… rule of law …”
“… respect for private property …”
“… open trade and investment …”
“… competitive markets …”
“… and efficient, effectively regulated financial systems.”
“… we must avoid over-regulation that would hamper economic growth and exacerbate the contraction of capital flows …”

And one from the G-20 Summit just completed:

3. We start from the belief that prosperity is indivisible; that growth, to be sustained, has to be shared; and that our global plan for recovery must have at its heart the needs and jobs of hard-working families, not just in developed countries but in emerging markets and the poorest countries of the world too; and must reflect the interests, not just of today’s population, but of future generations too. We believe that the only sure foundation for sustainable globalisation and rising prosperity for all is an open world economy based on market principles, effective regulation, and strong global institutions.

The leaders of the G-20 only reflect the sentiments of the countries they represent after all; and the populations of those countries have become entitled, dependent, and incredibly whiney...in short, they are great fodder for the postmodern socialist welfare state where morality is relative...and mandated by the State. As we retreat from the free market, we retreat from both freedom and from morality.

Capitalism's incredible production of wealth is only a side-effect that occurs when political freedom is present. It has been argued, and I agree, that both a free market (economic freedom) and political freedom are prerequisites for moral behavior; and both were the essential elements that resulted in the rise of western civilization and the values of life, liberty and the pursuit of happiness.

The moral case for capitalism is not taught at our universities; nor is it argued much in our culture; and certainly not in our churches. In fact it has been more or less universally accepted that systems such as communism and socialism are morally superior to capitalism--even though in practice such systems have led to the death and enslavement of millions; and to those unlucky enough not to die from them, those systems have led to the most horrible shrinking and wasting of the human soul. Not to mention the shrinking of opportunity and wealth and the pathetic economic conditions of the people unfortunate enought to live in those countries have to deal with.

The truth is that socialism, communism, or any kind of religious fundamentalism--any kind of totalitarian system, in fact-- are not compatible with moral behavior.

If one's actions are coerced by the state or by religion (on pain of death) or both; if human activity and behavior is legislated and regulated or ordained down to the last minute detail--particularly to the degree we see in other countries of the world (e.g., Cuba, China, Saudi Arabia, etc.),then how can it be argued that one's actions are moral? They are not voluntary, but coerced.

Morality, however, is a matter of choice, not mandate. One cannot hold a person responsible for actions that are coerced or forced from him. Morality can only exist when freedom of action exists. Moral actions in any field of human endeavor require freedom. [That's why our postmodern President, for whom uttering contradictions are similar to breathing, can propose a "mandatory volunteer corps"].

Conduct or behavior may only be thought of as moral or immoral when it is freely chosen by the individual. It is only then that the moral significance of the action can be assessed. It is only when we are free to act that we can exercise moral judgement.

Which brings us to a capitalist system. Only in a free economic system within a free political system is it possible to be moral, since true benevolence toward others, compassion, charity, and generosity cannot exist without freedom. Benevolence, generosity, charity, and compassion that are mandated by the state; or by a religion--on pain of death or other consequence; or by any regulations on behavior; or by force--are meaningless insofar as individual morality is concerned.

This is now the moment when the rise of liberty began to slow around the world; when moral choice began to disappear from human behavior and interaction. Expect to see an exponential increase in postmodern contradictory rhetoric to explain away all those messy moral contradictions; even as we retreat further and further from the free market... and freedom. 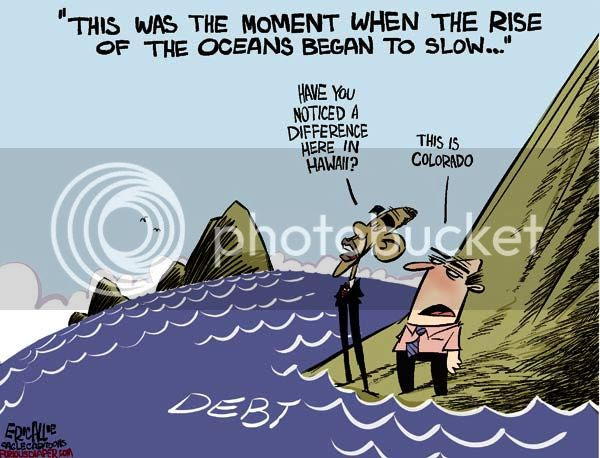