If at first you don't succeed, try, try again. Especially if you are a defiant Hugo Chavez and determined to have your way. Venezuelans will get plenty of opportunities to vote for the "correct" outcome (i.e., if Chavez has anything to say about it. He'll just keep making them vote until they get it right left:

"Did I make a mistake in choosing the strategic moment to present [the proposal for sweeping Constitutional changes]?" Mr. Chávez asked on state television Monday. "It could be. We still aren't mature enough to adopt an openly socialist project."

But Chávez's acceptance of the results has strengthened his democratic credentials, and analysts say he'll use that to push his socialist "revolution" just as fervently as he has been.

"It is striking how quickly and shrewdly Chávez turned the defeat to his political advantage, claiming the high road and retaking the initiative," says Michael Shifter, the vice president for policy at the Inter-American Dialogue, a Washington think tank. "He remains determined and resolute in pursuing his revolution, but the vote means he will encounter growing resistance, not only at home but throughout the region. The loss reveals seeds of decay that are likely to intensify over the next year or so."

Maturity? Socialism indicates maturity? ROFLMAO! From a psychological perspective, promoting envy as the most elevated moral position is actually, rather...infantile, to say the least, and appeals to the worst aspects of human nature. If we learned anything at all from the lovely socialist "paradises" of the 20th century, it is that "mature" socialism is just another way describing societal decay and dissolution, a hell on earth--so much so, that people willingly will risk their lives to try to get out.

To show how "mature" he is, Chavez has already ushered in some typical progressive changes in the Venezuelan economy that have had the effect of flushing the economy down the toilet. But it is such a caring and compassionate toilet, and I'm sure many Venezuelans are more than happy to live with Chavez' shit. 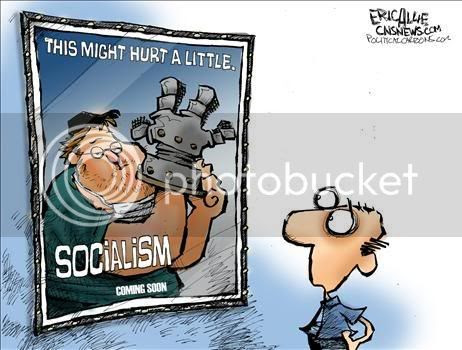