After reading this, I think the following is appropriate:

KEEP TERRORISM WHERE IT BELONGS
(in the Middle East)

It is clear that Iraq and Afghanistan are functioning as terrorist flypaper. If we keep them busy over there, they are less likely to commit terror here and elsewhere around the world.

As President Bush noted, and it seems he was basically correct:

The troops here and across the world are fighting a global war on terror. The war reached our shores on September the 11th, 2001. The terrorists who attacked us -- and the terrorists we face -- murder in the name of a totalitarian ideology that hates freedom, rejects tolerance, and despises all dissent. Their aim is to remake the Middle East in their own grim image of tyranny and oppression -- by toppling governments, by driving us out of the region, and by exporting terror.

To achieve these aims, they have continued to kill -- in Madrid, Istanbul, Jakarta, Casablanca, Riyadh, Bali, and elsewhere. The terrorists believe that free societies are essentially corrupt and decadent, and with a few hard blows they can force us to retreat. They are mistaken. After September the 11th, I made a commitment to the American people: This nation will not wait to be attacked again. We will defend our freedom. We will take the fight to the enemy.

Iraq is the latest battlefield in this war. Many terrorists who kill innocent men, women, and children on the streets of Baghdad are followers of the same murderous ideology that took the lives of our citizens in New York, in Washington, and Pennsylvania. There is only one course of action against them: to defeat them abroad before they attack us at home. The commander in charge of coalition operations in Iraq -- who is also senior commander at this base -- General John Vines, put it well the other day. He said: "We either deal with terrorism and this extremism abroad, or we deal with it when it comes to us." 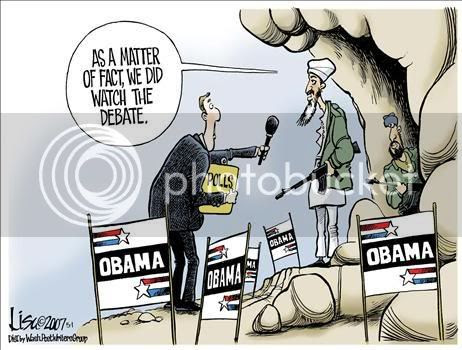