THE RETURN OF THE COPPERHEADSTINFOILHEADS 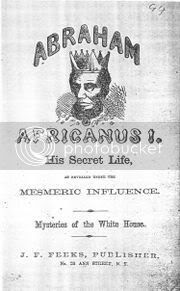 According to Wikipedia, the Civil War era "Copperheads":
"...strongly opposed the war, for which they blamed abolitionists, and they demanded immediate peace and resisted draft laws. They wanted Lincoln and the Republicans ousted from power, seeing the president as a tyrant who was destroying American republican values with his despotic and arbitrary actions.

Some Copperheads tried to persuade Union soldiers to desert. They talked of helping Confederate prisoners of war seize their camps and escape. They sometimes met with Confederate agents and took money. The Confederacy encouraged their activities whenever possible. [1] Most Democratic party leaders, however, repelled Confederate advances.

Some historians, such as Richard Curry, have downplayed the treasonable activities of the Copperheads, arguing that they were traditionalists who fiercely resisted modernization and wanted to return to the old ways."

Remind you of any modern-day "progressives" who want to return to the good old days and ways before 9/11? Mackubin Owen thinks it does:

They actively interfered with recruiting and encouraged desertion. Indeed, they generated so much opposition to conscription – including armed resistance in some places and the infamous draft riots in New York City – that the Army was forced to divert resources from the battlefield to the hotbeds of Copperhead activity in order to maintain order. Many Copperheads actively supported the Confederate cause, materially as well as rhetorically.

The Copperheads were particularly dangerous because of the substantial influence they exerted on the Democratic Party. During the election of 1864, the peace Democrats wrote the party platform, and one of their own, Rep. George Pendleton of Ohio, was the party's candidate for vice president. Until Adm. David Farragut's victory at Alabama's Mobile Bay, Gen. William Sherman's capture of Atlanta, and Gen. Philip Sheridan's success in driving the Confederates from the Shenandoah Valley in the summer and fall of 1864, hostility toward the war was so profound in the North that Lincoln believed he would lose the election.

Fortunately for the country, the turn of events on the battlefield permitted a coalition of Republicans and "war Democrats" to reelect Lincoln in 1864. Of particular importance was the fact that Union soldiers voted overwhelmingly for Lincoln, abandoning the once-beloved Gen. George McClellan because of the perception that he had become a tool of the Copperheads. 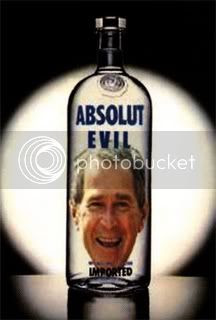 Go ahead and read it all to see how the "tinfoilheads" of today have inherited the obstructionist--and treasonous--mantle of the Civil War copperheads. It's quite stunningly relevant.

Today's tinfoilheads have the same unreasoning hatred and bile directed toward the President. They aid and abet the goals of the enemy and prefer the path that weakens the country as long as it takes down the evil Republican President (Lincoln was a Republican, did you know?).

The tinfoilheads have no shame whatsoever as they pursue their political agenda--no matter what the cost. They can't even stir themselves to stand up for one of America's most important allies when an act of war has been committed against them--they are too afraid of the negative implications for their own antiwar posturing--a stance they take, not out of principle, but out of a desire to reassert a failed ideology and regain a position of power to implement it.

As, John at PowerLine puts it:

Lord knows the Democrats would not want to insert Congress into an international crisis. In the same spirit of non-insertion, Pelosi departed for the Middle East, where she will visit Syria, Israel and the West Bank. I suppose we should be grateful that she won't stop by to pay her respects to Ahmadinejad.

Nor would they want to admit that we have actually been fighting Iranian forces for some months now in Iraq. No, the tinfoilheads in the Democratic Party and the lunatic left (becoming more and more indistinguishable unfortunately) would rather take their idiotic conspiracy theories public; uninterested in any facts or examining their own premises. 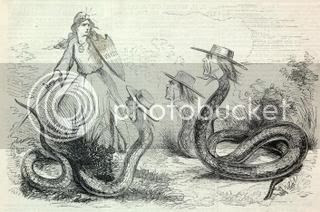 Denial and paranoia run deep in the psyche of the tinfoilheads, who would rather believe the country has more to fear from the "bloodthirsty tyrant" in the White House (how the Copperheads referred to Lincoln), than from terrorists in Iraq or Iran.

The truth is that the Copperheads in all their perfidy and treason have been reincarnated in todays antiwar tinfoil hat brigades, and they use the same style of rhetoric to actively work to defeat America and encourage tyranny. 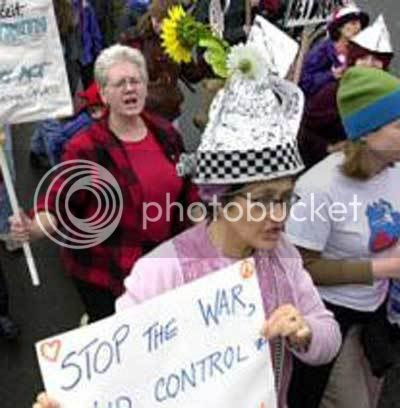