Media Narcissists and their Adoring Public 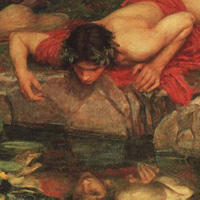 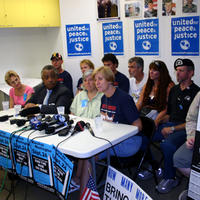 I can’t think of anything that seems to destroy people’s mental health faster than a few weeks or months of uncritical, gushing media hype. Think about the people you see in the news, day after day, gathering unconditional praise and coverage from the press. They lose themselves, lose their minds, and they are rarely ever the same after the adulation stops. In fact, I can only think of one person who got caught up in the destructive swirl of relentless positive press reportage and managed to find his way back to sanity, and that would be Sen. Joe Lieberman, and perhaps - I am only saying PERHAPS - his faith has something to do with his re-bound.

The rest of them, once courted, feted, promoted, celebrated, hyped and carried by the press have a very difficult time of it.

Some of them, of course, get their narcissism the old-fashioned way and don't need the media to fan the flames of self-promotion and grandiosity; and some already are fairly narcissistic when they come to the media's attention. Particularly in the latter case, it doesn't make their view of themselves or the world any more realistic.

Too many people get sucked up into the grandiosity of the media-hyped narcissist. People who become obsessed with media figures; and who over-idealize and worship them (if they are not impressionable adolescents where such behavior is normal) frequently also have serious problems with their sense of self.

These obsessed fans and lovers are desperate to find someone to idealize. This is perfect for the media narcissist, who desperately wants someone to worship them. Both end up seriously disappointed --the fan,when confronted with the ordinary humaness of their object; and the narcissist who has to deal with the fickleness of the fan, who can never respond to them as they would a real, live human being.

In our society, the media narcissists never seem lack an adoring public -- no matter how rude, crude, bizarre, or pathetic their behavior.

They truly deserve each other. But unhappily, the relationship doesn't last.

UPDATE: I guess she wasn't getting enough attention compared to Rita. That's why she's smiling in the pictures.
Posted by Dr. Sanity at 8:32 PM