THE PRESS WANTS TO SHOW BODIES from Katrina. It didn't want to show bodies, or jumpers, on 9/11, for fear that doing so would inflame the public.
I can only conclude that this time around, the press thinks it's a good thing to inflame the public. What could the difference be?

I don't recall them wanting to show pictures like this: 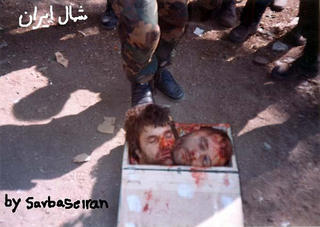 or these Kurds, gassed by Saddam: 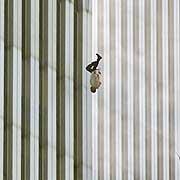 Do you know that I have just spent almost 2 hours trying to find photos of any of the bodies from 9/11? There do not appear to be any available to the public.

Do you know that I have tried to find photos of some of the hostage beheadings in Iraq; some of the mutilated bodies that Islamic terrorists regularly post on their web sites. There are NO pictures of these in any of the news stories. There is no visual documentation of these atrociies.

The MSM would not want to imflame public opinion.

Unless they hoped such photos might inflame public opinion in a direction they approved .

Now that would be a slice of fried gold.
Posted by Dr. Sanity at 8:53 PM