IMITATION IS THE SINCEREST FORM OF FLATTERY ! 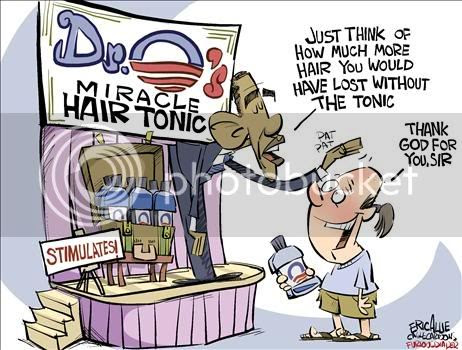 Turns out, the miracle worker's substance and style are being picked up in all the chic, jihadi places of the world!

Ayman Zawahiri announced today that, under the Recruitment Stimulus Initiative Insha Allah (RSIIA), the terror network has created or saved 10,000 jihadist jobs (resulting in a concurrent creation or saving of 720,000 virgins!).

Zawahiri added that al Qaeda has appointed an Explosive Czar. It has also taken over al-Shabaab in Somalia — although Zawahiri insists this is a temporary take-over because, with two wars to run, the last thing CEO Osama bin Laden wants to be doing right now is running a failing cell in Somalia.

Andy McCarthy is kidding...I think. Everyone knows those awful Al Qaeda guys are ruthless con men.
Posted by Dr. Sanity at 6:23 AM