..and I'm not talking about the kid in costume either! 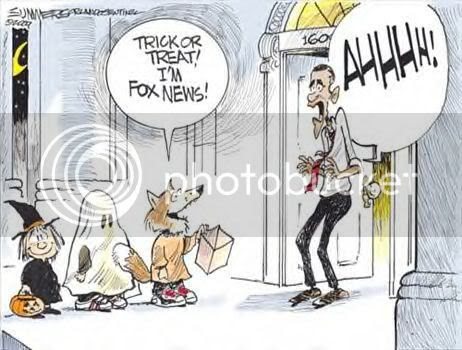 Meanwhile, if you want to be really scared, check out this interview with Victor Davis Hanson, a military historian; and Robert Baer, a former CIA field officer, "Armageddon Time":

"The Iranians are very good at procuring banned materials very easily," said Baer. "They are very close [to having what they need to produce weapons]. They could move very quickly."

The second observation: The Iranians have no interest in running a bluff. Once able to produce nuclear weapons, they will almost certainly do so....

The third observation: As the Iranians scramble to produce nuclear weapons, the Obama administration appears too feckless, inexperienced or deluded to stop them.

Have a great weekend! I'm out in California getting ready for the move from this end. Back to blogging on Monday sometime.
Posted by Dr. Sanity at 11:16 PM