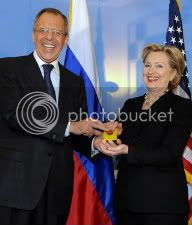 Russia is weighing changes to its military doctrine that would allow for a “preventive” nuclear strike against its enemies — even those armed only with conventional weapons. The news comes just as American diplomats are trying to get Russia to cut down its nuclear stockpile, and put the squeeze on Iran’s suspect nuclear program.

In an interview published today in Izvestia, Nikolai Patrushev, the secretary of the Kremlin’s security council, said the new doctrine offers “different options to allow the use of nuclear weapons, depending on a certain situation and intentions of a would-be enemy. In critical national security situations, one should also not exclude a preventive nuclear strike against the aggressor.”

What’s more, Patrushev said, Russia is revising the rules for the employment of nukes to repel conventionally armed attackers, “not only in large-scale, but also in a regional and even a local war."

The article goes on to note that countries like Georgia; or perhaps Poland and Eastern Europe, should be very afraid. Especially since the Obama Administration has "reset" relations with them, also--as in, thrown them under the Russian bus. RESET, REBOOT...RECONSIDER? RETHINK? REGRET....

Additionally, the Russians have also just recently made it perfectly clear that their intimate partnership with Barack and Hillary (and the rest of us Americans) does not alter the fact that they have absolutely no intention of helping with sanctions against Iran:

With the help of U.S. Secretary of State Hillary Clinton’s trip to Moscow, the comedy around “Russian support for sanctions against Iran” is now unfolding for the world to see.

The first act took place last month, when President Medvedev, apparently responding to America’s decision to scrap the planned anti-missile system in Eastern Europe, said that sanctions against Iran may be “inevitable.” U.S. officials could not contain their joy over this confirmation of the wisdom of President Obama’s “reset of U.S.-Russian relations.” Unfortunately, the operative word was “may.” In Russia, what “may” be inevitable, in reality, is often out of the question. As a Russian proverb puts it, “To promise, doesn’t mean to get married.”

Secretary Clinton arrived in Moscow determined to press the Russians for “specific forms of pressure” in the event that Iran fails to prove that its nuclear program is peaceful. What she got was an assurance from Sergei Lavrov, the Russian foreign minister, that sanctions against Iran would be “counterproductive.” The Russians will now add reasons that sanctions are counterproductive, with little regard for their plausibility. But this is unlikely to matter. Secretary Clinton said her talks confirmed the value “of the so-called reset.”

Unfortunately, no one prepared Clinton for her trip by explaining the rules of ketman. This is an Oriental form of dissimulation first described by the 19th-century French ethnologist Count Gobineau and perfected, as it happens, by the Persians. According to Gobineau, the people of the East believe that, “He who is in possession of the truth must not expose his person, his relatives or his reputation to the blindness, the folly, the perversity or those whom it has pleased God to place in error.” In other word, he must hide his true beliefs.

Russian officials are long-standing practitioners of ketman. They love nothing better than to deal with U.S. officials such as Secretary Clinton, because it allows them to demonstrate their psychological superiority. As Czeslaw Milosz, the Polish poet, explained in The Captive Mind, “To say something is white when one thinks it black, to smile inwardly when one is outwardly solemn, to hate when one manifests love, to know when one pretends not to know, and thus to play one’s adversary for a fool — these actions lead one to prize one’s own cunning above all else.”

The Russians have clearly failed to take into account that President/Holy Messiah Obama happens to "prize his own cunning above all else". I mean, he probably has some sort of masterful plan and expected this to happen, right? All we need to do is watch MSNBC or CNN tonight to find out how clever Obama is and how each and every one of his foreign policy moves have brought us closer to world peace.

OTOH, I think I'll probably stick with FoxNews, and perhaps get a glimpse of actual reality and truth occasionally. 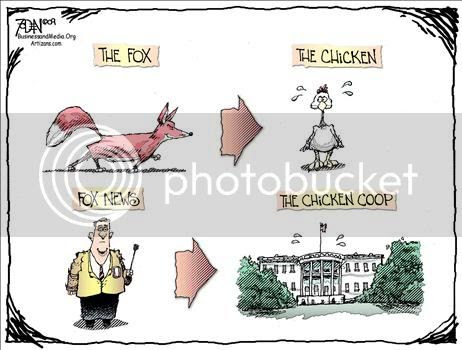