Kelly O'Connell at American Thinker asks, "If Obama were a Marxist, What Would He Believe?"

Critics claim Obama's budget is an example of the Cloward-Pivin model of planned economic destruction of a functioning capitalist economy via sabotage. Outlays are so gigantic, and so dreadfully misspent, that our financial infrastructure will soon collapse. A trillion dollar tax increase and spending rising by $10 trillion dollars over the next decade is probable. If so, government default will occur, only offset by mass currency printing, which will then bankrupt the general populace. The middle class will fall. Chronic inflation will result, causing America to lose its sterling credit rating. Global financial players must dump the dollar as it swan-dives. Then, hyperinflation will accelerate, and the era of superpower America will end.

Would the above plan be Marxist? Consider the following statement regarding USSR dictator Vladimir Lenin's opinion on the topic, from famed economist John Maynard Keynes' book "The Economic Consequences of the Peace":

"Lenin is said to have declared that the best way to destroy the Capitalist System was to debauch the currency. By a continuing process of inflation, governments can confiscate, secretly and unobserved, an important part of the wealth of their citizens. There is no subtler, no surer means of overturning the existing basis of society than to debauch the currency. The process engages all the hidden forces of economic law on the side of destruction, and does it in a manner which not one man in a million is able to diagnose."

Read it all to understand what Marxism is all about.

Obama and his Democratic cohorts certainly seem intent on "debauching the currency" of this country. Marx himself believed that the quickest way to bring about a communist paradise was to jump-start the destruction of capitalism by destroying wealth.

As to Obama himself, when questions about his Marxism arose during the campaign he responded by asserting that he should be judged by the people with whom he surrounded himself.

In order to understand Barack Obama one must look beyond the official, Congressional-approved Cabinet choices to the truckload of unofficial 'czars,' 'special advisor's,' and 'officers' he has chosen to come to the White House to have direct access to him.

If one uses the criterion Obama laid out by which to judge his character, political ideology, and plans for the country, we can only conclude that the President is a far-Left extremist who disdains capitalism and free commerce, free speech in the open marketplace of ideas, Caucasian people who have accumulated wealth, and any dissent from the concepts propounded by his 'regime.'

Again, read it all; and then add the latest information we have about Anita Dunn, a close personal friend and communications director for Obama, who told a group of high school students that one of her favorite philosophers was Mao. As Victor Davis Hanson notes:

I am not a big fan of saying that officials should resign for stupid remarks. But interim White House communications director Anita Dunn's praise of Mao Zedong as a "political philosopher" is so unhinged and morally repugnant, that she should hang it up, pronto.

Mao killed anywhere from 50 million to 70 million innocents in the initial cleansing of Nationalists, the scouring of the countryside, the failed Great Leap Forward and Cultural Revolution, Tibet, and the internal Chinese gulag. Dunn's praise of a genocidal monster was no inadvertent slip: She was reading from a written text and went into great detail to give the full context of the remark. Moreover, her comments were not some student outburst from 30 years ago; they were delivered on June 5, 2009. Her praise of Mao's insight and courage in defeating the Nationalists was offered long after the full extent of Mao's mass-murdering had been well documented. Mao killed more people than any other single mass killer in the history of civilization.

She is just the latest in a long line of Marxists, communists, and socialists that Obama has surrounded himself with to help him "mop up" America.

If we follow the old adage, then I think we can say with some confidence that, "If it walks like a Marxist, talks like a Marxist (and surrounds itself with a shitload of Marxists/communists/socialists), then it must be a Marxist."

And Marxists are always hopeful... 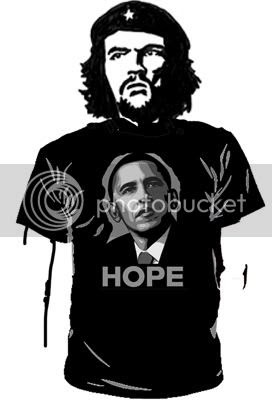