Apparently, we elected Jesus Himself, and the Democrats are simply doing His bidding:

Alan Grayson (Dem, FL) saying it "shelters the homeless, and heals the sick. It helps us to look forward to a day where we beat our swords into plowshares."

The hysterical mania of Democrats continues; and this spending spree is nothing very much different from their ususal "do-gooder" (i.e., malignant) narcissism --except possibly a order of magnitude more self-serving and self-congratulatory than ever before. Think of this stimulus package as a particularly virulent form of economic pornography.

At least House Republicans enjoyed bipartisan support (11 Dems did vote against the insanity) and made a stand for restraint, responsibility and reality. So, President Obama got the bipartisan response he demanded--just not quite in the way he expected. 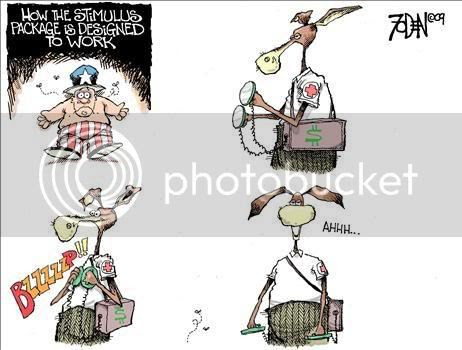