WITH MALICE TOWARD MANY, WITH CHARITY FOR NONE

Do you think that this is related to the Obama Administration's intent to cut the charitable giving deduction?

There's a sort of "let them eat cake" attitude here:

But as Marc Ambinder of the Atlantic put it, "If wealthy people want to give money, then they should give, regardless of tax benefits." Suggesting that the wealthy should not use charities as a tax dodge, he added, "If tax reform down the line were to gut all deductions, would charitable contributions totally dry up?"

Jacob Sullum at Reason has this to say:

Under the Bush administration, Obama said, "a surplus became an excuse to transfer wealth to the wealthy." Whatever you think about the wisdom of Bush's tax cuts, they amounted to taking less from people, not giving more to them. Obama makes it sound as if there is no meaningful difference between robbing Peter to pay Paul (which is what he has in mind when he talks about "rebalancing the tax code") and leaving Peter alone (or, more accurately, robbing him less thoroughly)—except that the latter option is, in Obama's view, morally inferior.

The same attitude is apparent in the Obama administration's defense of its plan to limit tax deductions for households earning more than $250,000 a year. Peter Orszag, Obama's budget director, says it's "a question of fairness." How so? "If you're a teacher making $50,000 a year and decide to donate $1,000 to the Red Cross or United Way, you enjoy a tax break of $150," Oszag explains. "If you are Warren Buffet or Bill Gates and you make that same donation, you get a $350 deduction—more than twice the break as the teacher."

In response to nonprofit organizations worried that limiting the deduction for charitable contributions will reduce donations, The Washington Times reports, Orszag "said Mr. Obama took care of that by giving charities government money to make up part of the difference." Orszag noted that "in the recovery act, there's $100 million to support nonprofits and charities." In essence, then, Obama plans to take money people otherwise would have given to the charities of their choice and give it to the charities of his choice.

Just another day of redistributing your wealth in the Obamessiah's utopia. 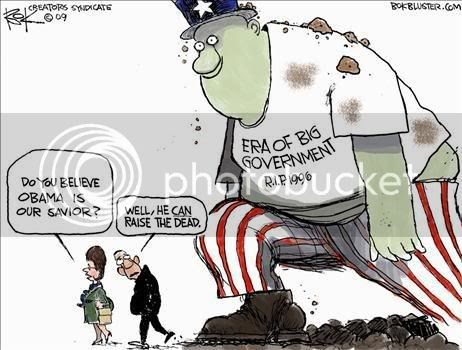