TALKING CURES, REALITY, AND THE PSYCHOPATHS AMONG US

The term "talking cure" was initially coined by the patient "Anna O" who was treated by a colleague of Freud's early in the development of psychoanalysis.

In fact, one of the first thing my psychoanalytic supervisor told me when I was learning psychiatry was, "You can take a real schmuck and have him undergo psychoanalysis; but when you finish all you will have is a well-analyzed schmuck."

The lesson to be learned from this is the same one learned in The Parable of the Snake.

Recently Michael Ledeen wrote about "The New Appeasers" who seem to think that the "talking cure" can fix any ill:

The Boston Globe tells us that a group of today’s leading appeasers (from Paul Volcker to Chuck Hegel) sent a letter to President-elect Obama just before the Inauguration (so that it was apparently drafted during the Gaza fighting), calling on him to negotiate with Hamas. They say that the president will speak with them, which is altogether in keeping with the current fad of seeking the talking cure to all the world’s maladies. The British Government is undertaking negotiations with Hezbollah. The Pentagon has approved talks with the Muslim Brotherhood. Vice President Joe Biden wants talks with the Taliban. And calls abound to avoid offending those who kill us. The pro-Israel Washington Institute wants to tone down the language we use, recommending we stop using phrases like “war on terror,” “global insurgency,” even “the Muslim world.” The president himself wants talks with Iran, as do numerous columnists, such as the New York Times’s Roger Cohen. Secretary of State Clinton has dispatched diplomats to Damascus to talk to Bashar Assad.

The rationale for this surge in talks was provided by Fareed Zakaria in a Newsweek cover story entitled “Radical Islam is a Fact. Get Used to It.” Zakaria called for a more “sophisticated approach” to the Islamic world, arguing that many of the radical Islamist groups are not part of a unified global movement against the West, that they had “local” grievances, and that these grievances could be dealt with one by one, presumably leading the groups to make peace with us.

This is appeasement masquerading as realism, and it is eerily reminiscent of the wish-fulfillment fantasies of the 1970s and early 1980s, when the appeasers of that era claimed that Communism was similarly subject to “local” variation. It was said that the “Eurocommunists” even shared some of our values, and could be wooed away from the Soviet Union if we showed sufficient respect, sympathy, and understanding. That never happened, needless to say; but when the Soviet Empire fell, the Eurocommunists passed into history as well.

Talks with Hamas, Hezbollah, the Muslim Brotherhood, Tehran, and Damascus are cut from the same roll of dream material. I’ve provided a longer discussion here.

Actually, the one advantage in dealing with the former Soviet Union was that they, at least, were anchored in the real world; and had no more desire to die than we did. This solid connection with reality and the real world is not applicable to our current enemies.

Obama, et al know very well that they are dealing with poisonous snakes (usually far worse than the most well-analyzed schmucks). But that reality apparently pales beside Obama's own unlimited grandiosity, a common by-product of his selfless sociopathy. Obama and his minions are awash in magical thinking and obsessed with the belief that simple "compassion" and "understanding" can somehow "cure" the terrorist psychopaths we are dealing with.

Both sides of this diplomatic equation suffer from ideological psychopathy.

And, some problems require action, and can't be fixed by just talking things out.... 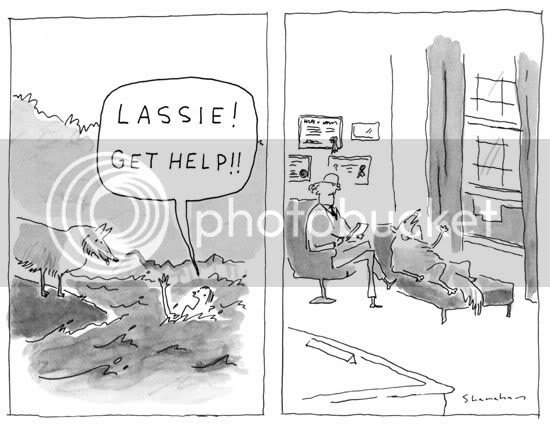