Michael Lewis has this to say about the political mass hysteria that has broken out over the AIG bonuses:

...[W}e can observe several general truths about the financial crisis, and the attempt to end it:

1) To the political process all big numbers look alike; above a certain number the money becomes purely symbolic. The general public has no ability to feel the relative weight of 173 billion and 165 million. You can generate as much political action and public anger over millions as you can over billions. Maybe more: the larger the number the more abstract it becomes and, therefore, the easier to ignore. (The trillions we owe foreigners, for example.)

2) As the financial crisis has evolved its moral has been simplified, grotesquely. In the beginning this crisis was messy. Wall Street financiers behaved horribly but so did ordinary Americans. Millions of people borrowed money they shouldn’t have borrowed and, not, typically, because they were duped or defrauded but because they were covetous and greedy: they wanted to own stuff they hadn’t earned the right to buy.

But now that taxpayer money is on the line the story has changed: innocent taxpayers are now being exploited by horrible Wall Street financiers. The guy who defaulted on mortgages on his six spec houses in the Nevada desert has turned himself into the citizen enraged by the bonuses paid to the AIG employees trying to sort out the mess caused by his defaults.

3) The complexity of the issues at the heart of the crisis paralyzes the political processes’ ability to deal with them intelligently. I have no doubt that, by the time this saga ends, we will all know what happened to every penny of that $165 million in bonuses and each have our opinion of the morality of it.

I doubt seriously we will ever understand the morality of the $173 billion payment that is the far more serious issue.

In other words, why is everyone getting worked up over the relatively trivial $165 million bonus fiasco when the real issue is the $trillions that the manic Democratic Congress is wildly spending and continues to spend.

Charles Krauthammer calls it the "Bonfire of the Trivialities":

That's $165 million in bonus money handed out to AIG debt manipulators who may be the only ones who know how to defuse the bomb they themselves built. Now, in the scheme of things, $165 million is a rounding error. It amounts to less than 1/18,500 of the $3.1 trillion federal budget. It's less than one-tenth of 1 percent of the bailout money given to AIG alone. If Bill Gates were to pay these AIG bonuses every year for the next 100 years, he'd still be left with more than half his personal fortune.

For this we are going to poison the well for any further financial rescues, face the prospect of letting AIG go under (which would make the Lehman Brothers collapse look trivial) and risk a run on the entire world financial system?

And there is such a thing as law. The way to break a contract legally is Chapter 11. Short of that, a contract is a contract. The AIG bonuses were agreed to before the government takeover and are perfectly legal. Is the rule now that when public anger is kindled, Congress will summarily cancel contracts?

Even worse are the clever schemes being cooked up in Congress to retrieve the money by means of some retroactive confiscatory tax. The common law is pretty clear about the impermissibility of ex post facto legislation and bills of attainder. They also happen to be specifically prohibited by the Constitution. We're going to overturn that for $165 million?

Nor has the president behaved much better. He, too, has been out there trying to lead the mob. But it's a losing game. His own congressional Democrats will out-demagogue him and heap the blame on the hapless Timothy Geithner.

Indeed, the mob is being whipped up to fever pitch about something ridiculous like bonuses, and the resultant hysteria is palpable. Everyone is outdoing themselves in denouncing AIG, but it hasn't escaped the notice of some who are willing to cut through the crap and the exaggerated emotionalism, that the real villains in this piece happen to be the leaders of the Democratic Party and their precious, Great Leader.

All this is just an early example of the "[g]randstanding, parochialism, petty payoffs to truckers and a rush to mindless populism" that we can expect from the fundamentally neo-Marxist Obama Administration and its yahoos in the Democratic Congress . It is the willing sanction of mob rule and the deliberate fueling of mass hysteria in order to advance their political agenda, which to put it quite simply is to substitute an Obamarxist socialism (i.e., a new iteration of what I have referred to as neo-Marxist fascism) for capitalism in this country.

In this , creative hopey changey form of fascism we see how the socialist dead-enders' are placing all their bets on Obama's popularity to achieve power over the masses. Their latest motto is: No to capitalism! No to the human mind! Happiness, they maintain, can be found only in a lack of affluence and the worship of Mother Earth--i.e., in the kind of poverty our more primitive ancestors enjoyed. This attitude is extremely convenient for them ideologically, particularly since that is precisely what the new socialists will create: poverty for all.

I once wrote that this mass hysteria is all part and parcel of the neo-Marxist drama:

Mass hysteria occurs when large groups of people engage in psychological dissociation; and political mass hysteria is the appropriate name when all the emotional excitability and excess happen to serve a political function or ideological agenda. Most of political theater is histrionic--appealing to the emotions (usually the baser ones -- like envy, greed etc.)

One of the most persistent dramatic productions of the last century, which unfortunately is still playing to certain easily amused crowds in this one, is the same old- same old Marxist passion play titled "Oppressor vs. Oppressed" which remains on the billet in spite of the catastrophic reviews it continues to receive.

When Act I of this sad little drama began, the world was about to be saved from the horrible evils of the American Capitalist Oppression of the masses by the brave Soviet Socialist Republic.

Unfortunately for the heroic workers of the Socialist Republic, reality reared its ugly head, and by the time the curtain was about to go up on Act II, the deaths and thorough subjugation of millions under the boot of the heroic utopian Socialist Republic resulted in most of the intelligent members of the audience quickly departing the theater. The incredible economic successes of capitalism and the freedom that fires it, compared to the pathetic lives of most under the yoke of communism, made most people who were not in the grip of some intense emotion realize that Marxism in all it's iterations was a complete dead end--a really bad one act play that deserved a final curtain.

But Obama, with the willing assistance of clowns like Nancy Pelosi and Harry Reid, has written Act II, and who knew that, instead of a drama, it would turn out to be a neo-Marxist farce?

And, it's really really getting pretty hysterical in more ways than one. 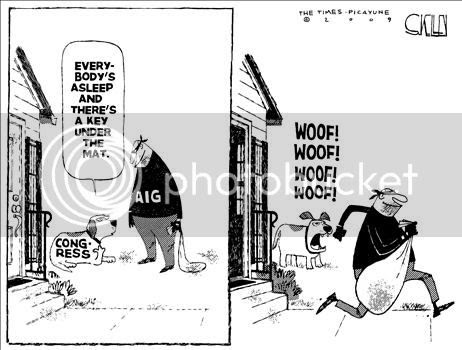 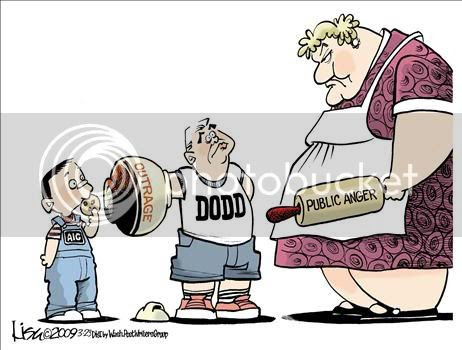 UPDATE: Congress has gone completely bananas.
Posted by Dr. Sanity at 7:08 AM