AND HAST THOU SLAIN THE JABBERWOCK?

So, according the the DNI, we should be shouting, "Callooh, Callay!" because that awful Muslim Brotherhood, who we thought had jaws that bite and claws that catch, is not a Jabberwock at all! More like a burbling secular pussycat.

No! Wait, says the gyring and gimbling Administration! The Muslim Brotherhood is most likely a Jubjub bird! Or possibly a frumious Bandersnatch?? Well, whichever is the least threatening--that's what it is! And we can work with it, no fear.

Meanwhile, our "beamish boy" final was able to lift that vorpal blade and hath slain the real Jabberwock!

We truly live in a Wonderland! How brillig is that? 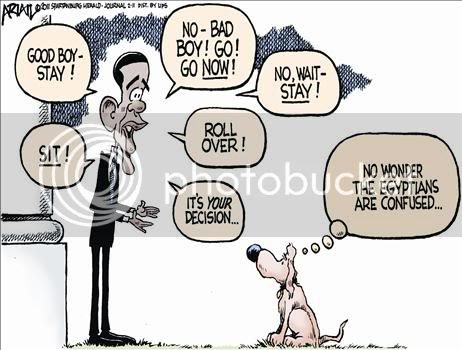 Twas brillig, and the slithy toves
Did gyre and gimble in the wabe:
All mimsy were the borogoves,
And the mome raths outgrabe.

"Beware the Jabberwock, my son!
The jaws that bite, the claws that catch!
Beware the Jubjub bird, and shun
The frumious Bandersnatch!"

He took his vorpal sword in hand:
Long time the manxome foe he sought --
So rested he by the Tumtum tree,
And stood awhile in thought.

And, as in uffish thought he stood,
The Jabberwock, with eyes of flame,
Came whiffling through the tulgey wood,
And burbled as it came!

One, two! One, two! And through and through
The vorpal blade went snicker-snack!
He left it dead, and with its head
He went galumphing back.

"And, has thou slain the Jabberwock?
Come to my arms, my beamish boy!
O frabjous day! Callooh! Callay!'
He chortled in his joy.

`Twas brillig, and the slithy toves
Did gyre and gimble in the wabe;
All mimsy were the borogoves,
And the mome raths outgrabe.
Posted by Dr. Sanity at 12:40 PM