There is no question that the U.S. is definitely in a significant economic slump right now (as is most of the world economies), but if you spend some time at the malls you probably have observed that people are actually out there still buying things and that life seems to go on, despite the economic downturn.

So, why all the pervasive economic doom and gloom?? Why is this an economic "armegeddon" according to the official Obama Administration fearmongering rhetoric?

I submit that The One is simply creating yet another Democratic victimhood constituency (the entire American population this time, who He is insisting has been the "victims" of George Bush and the Republicans) and is appealing to our essential narcissism: 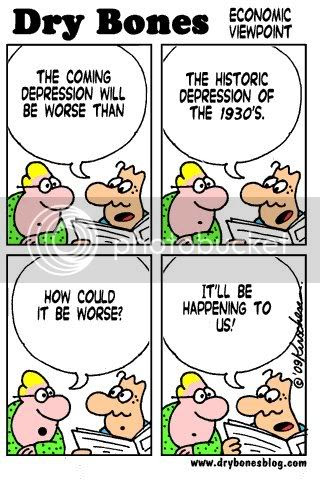 Meanwhile, don't expect anything great from the stimulus bill...as Instapundit notes,
"No surprise: As was obvious to anyone who was paying attention, it was always about paying off special interests, not helping the economy."

Vero Possumus! should be changed to, "It's all about ME!" (Can anyone out there translate that to some official sounding Latin--you know, to give it a less self-absorbed tone?).