TO INFINITY AND BEYOND !

Veronique de Rugy has a nice graph up at The Corner showing how ineffective the debt ceiling has been in reining in the national debt:

When it was instituted over 70 years ago, the statutory debt limit was intended to control congressional spending by limiting the amount of debt that the federal government could accumulate. Clearly, it has not fulfilled its legislative purpose. In the last ten years, Congress has increased the debt limit ten times, raising the limit twice annually in 2008 and 2009. This data provides evidence that the debt limit, far from providing its intended fiscal discipline, has recently served as a symbolic cap that Congress will simply push higher and higher as spending increases dictate.

The spending addicts of Congress are not restrained by this statutory limit because, like addicts of all stripes, when there are no consequences to one's bad behavior, then behavior is unlikely to change.

And unfortunately, there is no effective rehab for congressional overspenders many of whom deny they even have a problem (just like most other addicts).

Now, if we could send the lawmakers lawbreakers to jail for failure to follow the law.... 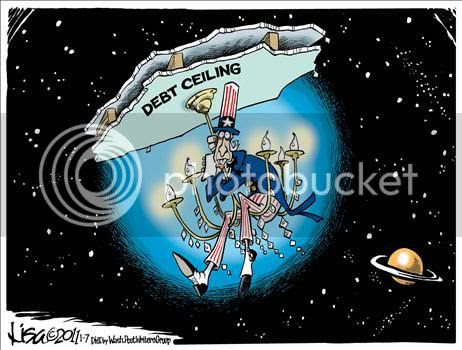